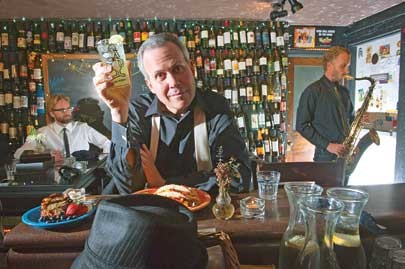 Fear the wrath of a newsman canned. In 2012, ABC 4 fired several employees right before Christmas(!), but the most attention-grabbing was veteran Utah reporter Chris Vanocur, a 30-year fixture on local news, a wry and recurring presence in City Weekly’s pages and, perhaps most importantly of all, Zion’s No. 1 source for the latest in state-legislated booze shenanigans. Since Vanocur (pictured here in The Avenues Bistro on Third’s Speakeasy basement) has won our Best Reporter award for as long as we can remember, he likely would have had it in the bag again, anyway, but Vanocur took to Facebook and Twitter, inviting friends and followers to rock the vote and stick it to his former station. Consider yourself stuck, ABC 4—by such a landslide that we couldn’t even consider excluding him from the category just because he’s not currently “employed.” You’re on notice, KUTV 2, KSL 5, Fox 13, Univision, et al.: If you make only one reporter hire in 2013, Chris Vanocur is your much-beloved man.
Twitter: @NewsVulcan
2. Ben Winslow, Fox 13
3. Chris Jones, KUTV 2

Best TV News Station
KUTV 2
With its range of solid anchors like Shauna Lake, Ron Bird and Heidi Hatch, and a plethora of go-get-’em reporters—including Chris Jones’ crime coverage and Matt Gephardt’s enthusiastic reworking of his father’s legacy—KUTV 2 never fails to deliver intriguing news without the gimmicks, mannered histrionics and moralizing of its competitors. Having once again kept onetime-giant KSL in second place in the ratings, KUTV proves that it truly understands the news pulse of this town.
KUTV 2, KUTV.com
2. Fox 13
3. KSL 5 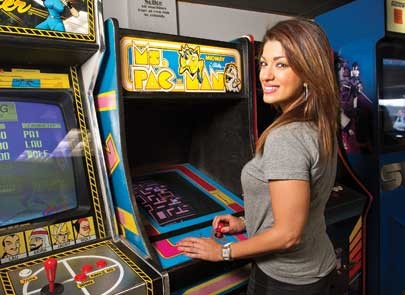 Best TV News Hottie
Nineveh Dinha, Fox 13
Despite a smattering of complaints that this category is insulting and just plain stupid, it’s also one of Best of Utah’s highest vote-getters, so you can’t blame us … well, not entirely. Fox 13 reporter/anchor Nineveh Dinha (pictured at Atomic Arcade) has won this category since its inception five years ago, and, even though she’s a serious journalist who’d much rather be voted Best Reporter (hint for 2014), she still appreciates the notice her exotic Assyria-via-Sweden looks afford her here. “There’s nothing insulting about being called a hottie! It’s flattering, and it’s a fun category,” Dinha says. “After years of political reporting, I know people recognize there’s more to me than ’TV News Hottie’ … but I’m not complaining.”
Fox 13, 5 & 9 p.m., weekends, Fox13Now.com, Twitter: @NinevehDinha
2. Kim Fischer, ABC 4
3. Amanda Jones, KUTV 2

Best TV Anchorwoman
Hope Woodside, Fox 13
It’s Fox 13 news anchor Hope Woodside’s Sweet 16: Sixteen years in a row winning this Best of Utah award. It’s been reported that back in the day, when the station lured her to Salt Lake City in 1995, Fox 13 chose Woodside from over 300 potential candidates to co-anchor News at Nine with Bob Evans. TV news management anywhere has probably never made a better call than that. Still, every year around Best of Utah time, she never sees it coming: “Sixteen? Wow! I am so honored—especially since this was the first year Fox 13 is in high definition,” Woodside says. “That means you can see every imperfection—there’s no hiding anything under these lights! I love you, City Weekly readers! Thank you!”
Fox 13, 5 p.m. & 9 p.m. weeknights, Fox13Now.com, Twitter: @HopeWoodside
2. Mary Nickels, KUTV 2
3. Shauna Lake, KUTV 2 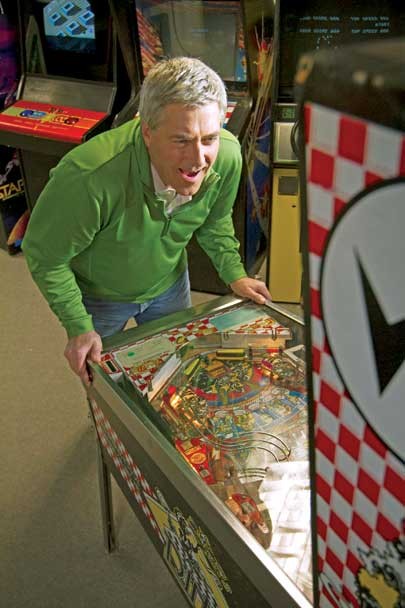 Best TV Anchorman
Mark Koelbel, KUTV 2
Given how Mark Koelbel wins best anchor year after year, there has to be more to this man than his urbane style and sharp suits. The past 12 months have seen a slew of dire news stories, from the seemingly eternal inversions to allegations of corruption at the Attorney General’s Office, but what makes Koelbel (pictured at Atomic Arcade) so effective is his unflappability, no matter the story. He parses the daily tragedies of our town with a mix of sympathy and erudition that makes tuning in to his nightly broadcasts reassuring, no matter how troubling the times.
KUTV 2, 5 p.m., 6 p.m. & 10 p.m. weeknights, KUTV.com
2. Ron Bird, KUTV 2
3. Dan Evans, Fox 13