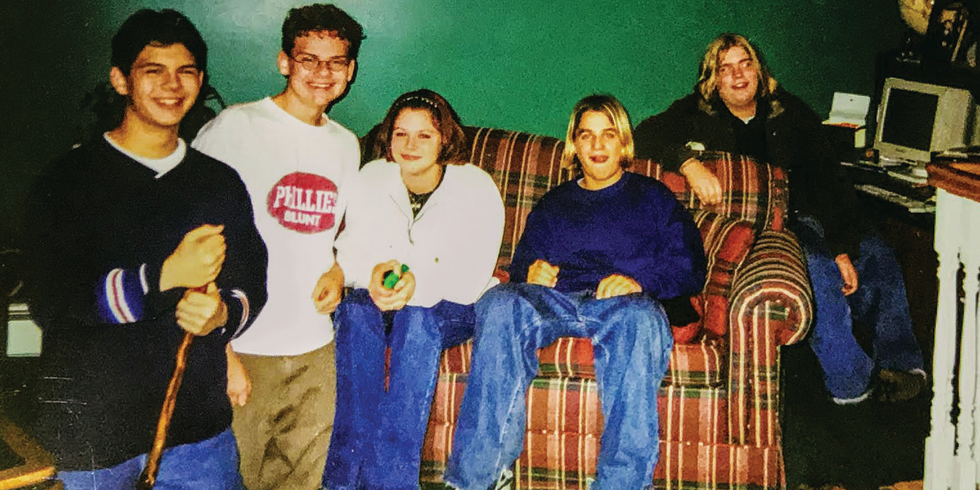 Back to the Bash
A personal summer concert retrospective.

And now time to wax poetic. While my passionate zeal to attend outdoor, day-long concerts in the scorching heat has long since dissipated, summer always makes me feel nostalgic for outdoor concert season. Back in my snot-nosed preteen years, my snot-nosed friends and I got our moms to take us to the X-96 Big Ass Show from years 1997 to ’99, back when it was at the Utah State Fairpark. It was hot, sticky affair and we all left covered in beer and the sweat of 1,000 screaming fans. But, it also marked my official transition from wayward preteen to punk-ass teenager, so I loved every frenetic minute of it. What follows is a brief anthology.

1997
In all honesty, my first experience with the Big Ass Show wasn't entirely positive. I went with a couple of my older brothers, most likely because I harangued our mom into persuading them to bring me along. The elder Springers were all into cool music, and I was entering the age when I also wanted to be into cool music, so I saw this as an opportunity to do some anthropological research—who did my siblings want to see? What made these acts cool? My enquiring mind wanted to know.

It seemed weird to me that my brothers agreed to bring me along—kid brothers cramp all kinds of style—but the logic of his decision slowly dawned on me when we crossed the threshold into the fairpark. It wasn't long before my brothers met up with friends or assaulted the mosh pit, leaving me to my own devices.

Truth be told, I spent most of the concert people-watching. I vaguely remember seeing The Violent Femmes, and the only reason I remember watching Poe's set was because she brought one of my brothers up onstage for a brief interpretive dance session; evidence of which miraculously found its way onto YouTube.

While I was on the sidelines checking out the subcultures-within-subcultures that populated the nooks and crannies of the fairpark, I learned a bit about the unwritten bylaws of concert-going. Things like the price you have to pay if you want to get close enough for the lead vocalist to spit on you—which consists of completely forgetting your concept of personal space. I learned that crowd surfers will absolutely kick you in the head, and that every time the vocalist said anything at all, we all had to cheer. It was weird at first, but that's the thing about concerts—you can either resist the weird or become part of it, and the latter is always way more fun.

1998
This was the year, man. I still didn't have a driver's license, but I did have a burgeoning posse. Concerts are great when you're there with your crew. Here we were, a bunch of pissant high school freshmen, but damn if we didn't think we owned the place. We stole shoes from crowd surfers, threw each other into mosh pits and ordered our hot dogs with onions thank you very much.

I remember catching a bit of Soul Coughing, because my developing brain thought they were a lot cooler than they actually were. Primus was the headliner, Les Claypool wore one of those German military helmets with a sharp spike sticking out of the top, and they closed out the show during a massive rainstorm that caused evaporated sweat steam to waft upward from the gathered mass. To this day, it's one of the weirdest, most surreal things I've ever seen.

Since the show ended about 5 p.m., my friends and I ended up throwing our sweaty, exhausted bodies down on whatever surface would accommodate us at my mom's place while we spent the rest of the night watching horror movies. Best. Summer. Ever.

1999
Ah, 1999 was a very good year. I had a girlfriend, I could drive—I mean, we were still punk sophomores, but that was a little better than punk freshmen. The lineup that year is much clearer in my memory. We saw some Ben Folds, some Jimmie's Chicken Shack, some Big Bad Voodoo Daddy—a performance during which I was introduced to skanking, which thankfully died in the early 2000s. Primus headlined this year as well, going on right after their protégé Buckethead took the stage.

We kept up our general tradition of acting like morons, but something definitely changed during that show. Our little group of high school buddies was doomed to implode after sophomore year, and things throughout the rest of high school weren't quite the same. The 1999 Big Ass Show rounded out my summer concert experience for the rest of that stint, but it marked an interesting transition as a music fan. Not long after the Big Ass Show, I got a job at the Sam Goody in Fashion Place Mall, back when there was a Sam Goody in Fashion Place Mall—or anywhere, for that matter. The fire that these outdoor concerts lit in my chest helped me build a solid foundation of music geekery, and guided me to bands like Pavement, Sunny Day Real Estate, Ministry, Portishead and The Strokes.

So what's the takeaway here, you might ask, young reader? Well, from a former punk-ass to all of you young punk-asses getting stoked for summer concert season to once again grace us with its ephemeral, slightly icky presence—be it at the Twilights, Red Butte or even SLC Jazz Fest for a classier kind of icky—I implore you to take it all in. I also bid you happy thrashing. Or skanking, if that's more your thing.