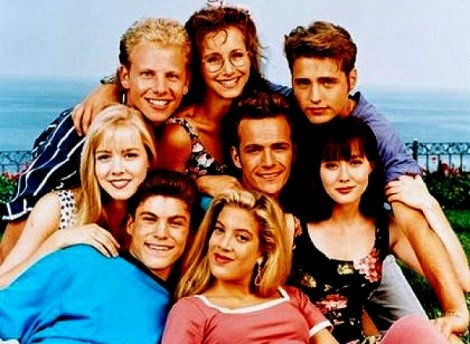 Beverly Hills 90210: The Compete Series
The groundbreaking 1990-2000 Fox series that launched the careers of, uh, somebody, finally in one box set! Relive the magic as the kids tackle complex social issues and relationship conflicts, as well as drug, alcohol and sideburn abuse. (Paramount)

The Larry Sanders Show: The Complete Series
The 1992-98 show-behind-the-show series that inspired everything from Curb Your Enthusiasm to The Office, starring Garry Shandling as TV’s most self-absorbed/neurotic talk-show host and an endless list of great comic actors. (Shout Factory)

Toy Story 3
Woody, Buzz and the gang are left behind when Andy leaves for college and they’re thrown out with the trash. Through the horrors of sanitation and the daycare system, they try to return home—any home, since they’re just playtime ‘hos. (Disney)