Beyond the Border: SLC artists on the move

Local galleries take their artists’ work to an international showcase in San Diego. 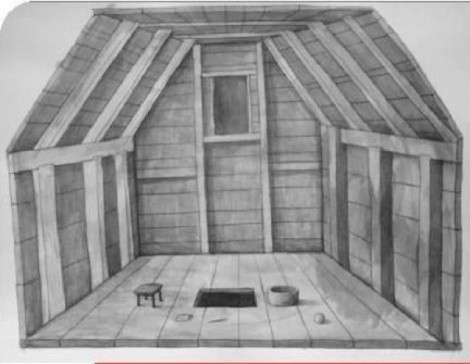 Salt Lake City galleries and artists have labored tirelessly to build up and promote the local art scene, but those efforts haven’t often translated into increased exposure, beyond the state’s borders and into the larger art world—nationally or internationally. A local gallery is taking its art and artists to a major art fair, to grant them exposure to the wider sphere of the international art community.

The inaugural Beyond the Border International Contemporary Art Fair in San Diego is a landmark event, bringing together galleries from the United States and Mexico—and artists from all over the globe—at the resort setting of the Grand Del Mar, evoking the rarified air of the upper-echelon galleries, artists and critics. In addition, the fair will feature works by modern masters including Alexander Calder, M.C. Escher and Pablo Picasso.

Salt Lake City’s Iao Projects Gallery— physically situated in a small office in the 9th & 9th district of town—has taken to alternative avenues to get its artists in front of more eyeballs, from online exhibits to video installations to an ongoing display at Acme Burger in downtown Salt Lake City. Gallery director Albert Wang has assembled a group of artists for Beyond the Border including locals Amy Caron, already nationally known for her Waves of Mu multimedia performance work; Mason Fetzer, who creates mixed-media collages on vinyl LPs; the street artist known as Circlegal; painter Deren Green; and relative newcomer Jerry Hardesty, a self-taught painter who exhibits at Art at the Main.

Why take Utah artists to San Diego, even if the sojourn introduces them to artistic luminaries? “It’s important to have artists in major museums,” says Wang. He believes that local artists need to broaden their horizons beyond just becoming known in the local art scene. Wang is excited to bring his artists before the attention of major critics and art dealers— such as Michael Scoggins, who operates Freight and Volume Gallery in New York City, and Zach Feuer of Zach Feuer Gallery in Chelsea, Wyo.

Circlegal is painting 20 large pieces on cardboard and canvas for the show, as well as some smaller works, in her usual style: stick figures in absurd situations. “I like to look at things in peoples’ subconscious and give them an epiphany,” she explains. She will also present performance art, in a stickfigure body costume. Her characters engage in comic-book-style violence, food fetishes— and occasionally inappropriate touching.

“Our motto is ‘Perverted Monks in the House,’” Wang says of Iao Projects, “We like to combine the crude with the spiritual. We still like sex and meth.” Circlegal will provide plenty of both, including her “Great American Meth Couple.”

Brooklyn artist Jeff Faerber, however, may present some of the most controversial work in the fair. His paintings depict sexual acts in the early Japanese style, and Wang notes that Iao Projects is the only local gallery to exhibit explicit homoerotic imagery. But Faerber’s work isn’t just about sex; the figures in his paintings all have his face, and the work probes deeper questions of identity.

Similarly, Iao Projects works present more than meets the eye, even if it’s Circlegal’s poke in the eye with a stick from a stick figure. Wang notes that the combination of local and national artists in Iao Projects’ catalog isn’t an accident. He finds the mix helps broaden the audience for both.

Julie Nester Gallery in Park City is also sending work to the fair, but none of their artists in the festival are from the region. Hyun Mee Lee, their sole Utah artist, isn’t being represented at the fair.

Wang articulates the challenge of the festival for him and his artists: “How do you contextualize Utah art in an international sphere?” Perhaps our local artists’ sometimes slightly idiosyncratic visual language might translate into something that isn’t as difficult for the wider art community to absorb and digest as you might think. The entire process may be something Wang is improvising as he goes along, but this event will bring him closer to helping his artists cross over into an entirely new territory.