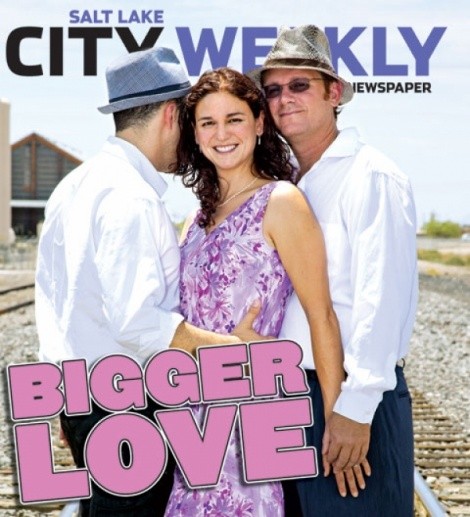 The house looks typical enough—an attractive split-level in an established Salt Lake County neighborhood—but the family living here is far from conventional. While Utahns are familiar with polygamy, another form of “non-monogamy” is both more commonly practiced and lesser known. We’re about to visit the household of the Smiths/Joneses (not their real names)—two wives, two kids and two husbands. They count themselves among the ranks of “polyamorists”—a relationship lifestyle not to be confused with swinging or cheating. Folks in the “poly” (polyamory’s nickname) community believe multiple-partner relationships go beyond mere recreational sexual encounters and can endure for extended periods.

Before we drop in, a short vocabulary lesson is in order: Polyamory means “many loves,” and polyamorists set a lofty goal. They (we, really, since I’ve been polyamorous since 2004) reject the long-held social norm that a loving, meaningful, romantic, ethical relationship must involve only two people. They even strive for something that at first blush seems overly optimistic—to feel good about the satisfaction their partners experience through their “other love” relationships. It’s a mindset they call “compersion”—the flip side of jealousy.

Utah’s polyamorists come in all sexual orientations—straight, same-sex, bisexual—and their sexual practices span the spectrum: one-on-one or “vanilla” (probably the majority), group, kink. The Smiths/Joneses form what’s known in the poly community as a “quad”—two couples with each individual able to share some sexual intimacy with any of the others. In a “simple, basic, or hetero quad,” only opposite-gendered partners are sexually involved.

The simplest poly “geometry” is the “V,” in which one person at the point is intimate with two other people who at least know of each other but are not sexually connected. If all three are sexually intimate, the relationship is a “triad,” represented by a triangle. More extended arrangements take the form of a “W” or a “star.”

The Smith/Jones quad is also “open,” meaning partners can have additional outside lovers, if desired. Other polyamorists practice “polyfidelity,” where sexual intimacy occurs exclusively within the group. Others may be “fluid bonded”—using condoms or other safer sex practices with outsiders.

OK, we’re ready to knock, but don’t expect a sin palace. There’s no suggestive art on the walls or mirrors on the ceiling, and nobody’s likely to be lounging around in sexy lingerie. This is a family of generally serious folk who spend more time reading books from their large library than they do partying. Some might say they’re a bit geeky, with interests in things both techie and sci-fi.

Non-monogamous Homelife
We’re with Liz, a 37-year old mental-health worker, and Celine, 35, who is employed by a nonprofit. They began dating 11 years ago, and both report having been bisexual from an early age. Liz later married Joe, a 42-year-old government employee, and Celine married Fred, now a 31-year-old stay-at-home dad. Each couple has a child—a 3- and a 5-year-old. They lived separately as couples but moved in together three years ago when they tired of someone always having to find their way home at night.

How did they vault the cultural fence and become polyamorists? Celine reports, “I was raised pagan, so being strange was never a big deal, but my big problem when I was young was that I fell in love with all my friends.”

Liz experimented with polyamory since her teens, but not without challenges. “I dated people of both genders in high school,” she says. “One relationship ended suddenly when I announced I was non-monogamous.”

Joe claims, “I was wired polyamorous from the womb. In second grade, I was in love with two girls. In high school, my girlfriend said, ‘We’ll never get an STD because we’re monogamous,’ but I knew I wasn’t. From then on, I only got involved in noncommitted relationships, so I didn’t feel trapped.” Celine mentored her husband, Fred, into the lifestyle.

One reason they formed an extended household was simple practicality and green economics. Liz explains, “My ideal is living in a communal situation. It’s wasteful for two people to live in an isolated box and try to raise children.”

“We were scraping by, so we merged,” Joe adds. “We now have more buying power.”

Still, only the most committed and flexible polyamorists share households, while most maintain separate residences and arrange visits with other lovers.

“We all have different things we specialize in and different ways of doing things we all respect,” Celine says, and points to a set of 20 cards that make up a homemade mobile hanging from the ceiling, each card containing one of the jointly drafted family values and their child-rearing philosophy. She explains that “in parenting situations, we defer to the birth parent for the most part, but anyone has input and can take control of a situation with a child.”

Fred says, “Overall, it’s much less stressful than a relationship with just one partner and kids.” Joe offers an illustration: “We’ve all had health or other crisis issues involving our extended families, so we’ve been able to go manage those knowing someone is here to take care of the kids.”

Utah, due to the LDS Church’s 180-degree flip on plural marriage beginning in 1890, has statutes that strongly challenge non-monogamous arrangements. “Technically,” Celine laments, “we’re in violation of Utah’s cohabitation law [as part of Utah’s anti-bigamy statute], so we stay below the radar.” To add to that, this state’s “at-will” employment law further drives polyamorists into secrecy, knowing most employers could terminate a suspected or an outed poly employee without cause even for just believing the employee’s lifestyle might be problematic. And more than one polyamorist has lost a child-custody battle because their “questionable moral character” made them unfit parents in the eyes of the law. 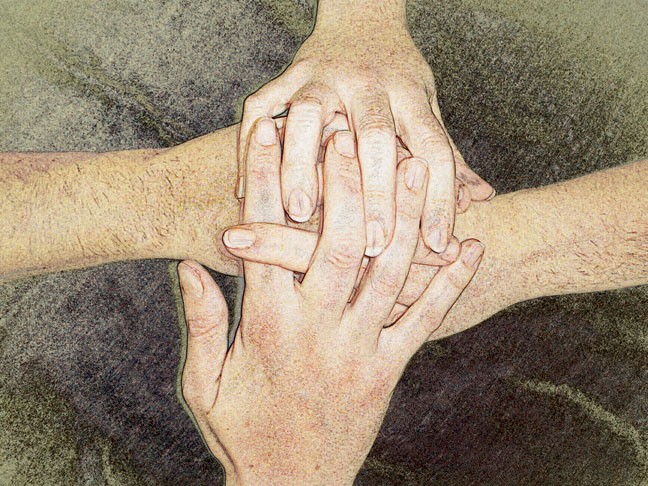