Bitten
A lovelorn nightshift paramedic (Jason Mewes, minus Silent Bob) takes a ridiculously hot drug addict (ridiculously hot Erica Cox) home, only to find out that she’s actually a—wait for it—vampire. So, how exactly is this a problem? (RHI)

In the near future, mobile robotic surveillance cameras roam the streets looking for crime—then they begin killing people. Starring Adrian Paul (The Highlander!) as the head of Homeland Security, which should have been the first clue. (Image) 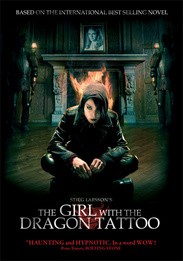 The Girl With the Dragon Tattoo
An investigative journalist (Michael Nyqvist) and a goth-chick hacker (Noomi Rapace) work to solve a 40-year-old murder case that turns out to be a gruesome family affair. Based on the novel of the same or totally different name. (Music Box) 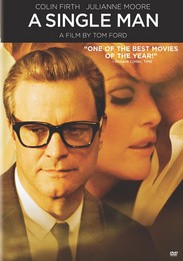 A Single Man
In 1962 Los Angeles, a closeted college professor (Colin Firth) loses his longtime partner, then spends the day pondering life after the death of Jim. Also starring Julianne Moore as a boozed-up old alcoholic—yes, as always. (The Weinstein Co.)

Squidbillies: Vol. 3
Somehow, it’s taken me this long to realize the genius of Adult Swim’s Squidbillies, about a family of redneck squids living in the Appalachian mountains of Georgia. Still not sold on Tim & Eric, so just shut up about it already. (Adult Swim)