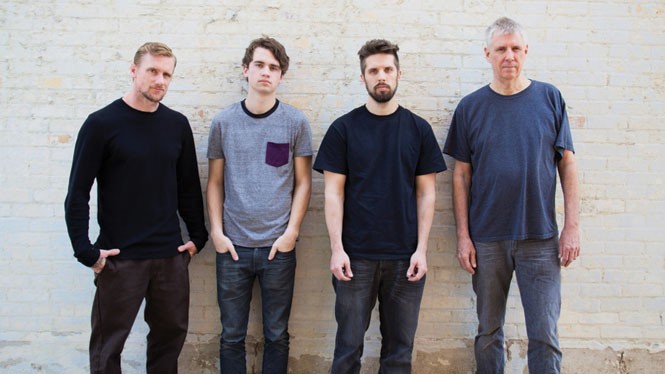 A decade ago, veteran pro skateboarder Mike Vallely, known as Mike V, got the chance that every punk kid in the '80s wanted: to perform with Black Flag. Now, as of January, he's the veteran California hardcore band's full-time frontman.

"My mom is still shocked," Vallely says with a laugh. "She wouldn't let me go see Black Flag in 1983, and now I'm their lead singer."

Vallely's big break came after he developed a relationship with the band through his collaboration in a punk project called Good for You with sole remaining original Black Flag member Greg Ginn. In 2003, Vallely fronted Black Flag—which formed in 1976 but broke up in 1986—for three reunion shows in Hollywood and Long Beach, Calif.

In 2013, Ginn attempted a second reunion, this time with former lead singer Ron Reyes. But after one disastrous album, What the ..., and a very public ousting of Reyes in November that year at a concert in Perth, Australia, Black Flag started 2014 uncertain of the band's future.

"We had to decide if we wanted the band to end on this kind of sour note," says Vallely, who in 2013 was working as Black Flag's tour manager. After filling in for Reyes to finish the tour, Vallely officially joined the band as the lead vocalist at the start of 2014. Drummer Tyler Smith and bassist Brandon Pertzborn also joined the band around the same time.

With so many lineup changes, it would be easy to focus on the drama. But, Vallely says, "who the singer is, or who the drummer is, is way less important than the songs themselves."

Even though the new Black Flag has yet to record an album with its current lineup, Vallely and the new guys have the same high energy and volume that made Black Flag's raucous shows famous in the '80s.

Vallely says he's not sure what's next for Black Flag, but that a new album is definitely something he and Ginn are thinking about. He says he hopes the process of making an album will be as organic as this reincarnation of Black Flag was—"We don't want to put a filter in front of the creative process."