The pride of Provo, Joshua James evolves through My Spirit Sister. 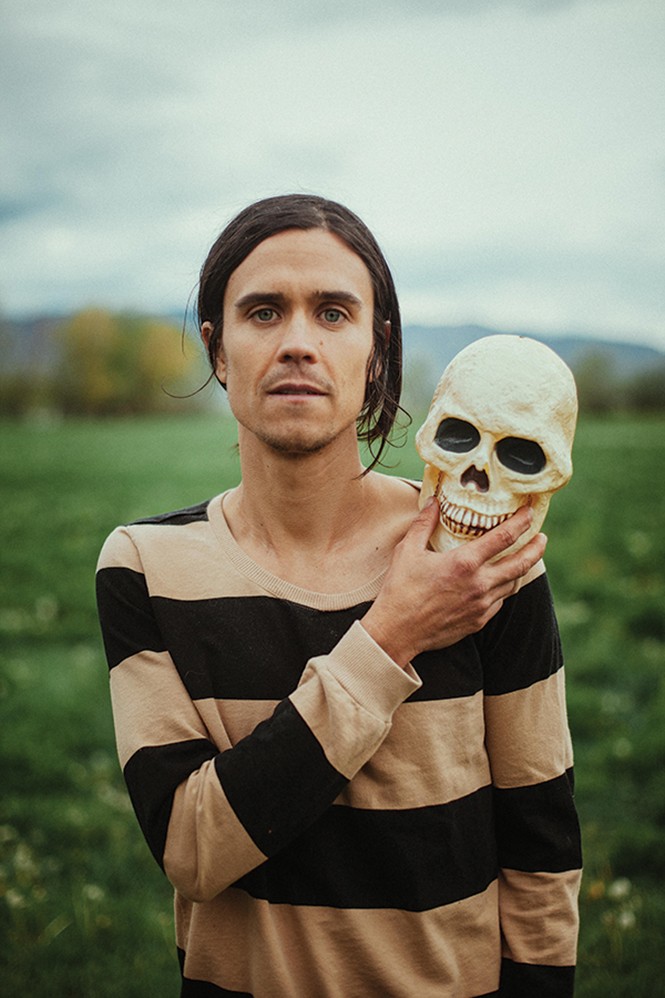 The places that Joshua James' music takes you can have a profound and lasting effect. To this day, I still feel "Cold War"—a powerful folk anthem from his 2009 album Build Me This (Northplatte)—beat through my chest, and recall the echoing sadness of "Mystic" from 2012's From The Top of Willamette Mountain. Now, after a nearly four-year gap between records, James is back delivering emotional haymakers on My Spirit Sister.

He's achieved what other folk artists only dream of over a 12-year career—like rising to acclaim through NPR airplay, or having three of his six albums make national ripples, including raves from Rolling Stone and American Songwriter. He launched Northplatte Records (co-founded with McKay Stevens), to release his own music and that of other local artists like Desert Noises, Parlor Hawk and Timmy the Teeth, and received huge exposure after landing songs on the massively popular FX show Sons Of Anarchy.

But to James, it's not a big deal.

"I don't feel any difference," he says in an interview that finds us corresponding through email, Facebook Messenger and phone as he juggles family, music and goat-herding responsibilities. "Playing music as a career is a strange and amazing thing."

Although performing for a living means being in a "constant condition of vulnerability," he says, "I suppose my take on it all is one of positivity."

The last time James unveiled new music was in 2013, when he and Evan Coulombe recorded several Modest Mouse songs, giving them a much more somber tone. Released as Well, Then, I'll Go to Hell, the collection was popular with the Provo crowd, but James calls it a "hodgepodge project" he didn't plan to release. Since then, he's been writing new material and sporadically touring with fellow Provo-based musicians Coulombe, Isaac Russell and Timmy George as his backing band. Touring took a toll on James, who describes a "blossoming and decaying mental meltdown" as he came to view his career as selfish and second to fatherhood, an experience he says outweighs his musical success many times over. "I suppose that's where my mind has been more than anywhere else."

Those emotions prompted James to start recording My Spirit Sister. The album itself feels cathartic, as though he were through years of contemplation and revelation. Dressed in melodic piano and back-porch guitar riffs, his voice floats through songs like "Backbone Bend" with heartfelt lyrics and an amazing hook that speaks directly to the listener. "Say it if you mean it/ But mean it if you say it/ If you say you're gonna get it all out now/ Screaming like you're dyin'/ It's funny how it all works out."

There's an unsettling passion within his music that binds itself to your heart. Tracks like "Millie" dig deep into a father's feelings for his newborn, while "Blackbird Sorrow" describes how a loved one's mere presence brings a new light into a dark world. The songs reverberate with vulnerability, confusion, power, anger and truth. James, even more than on his other albums, has no issue making a deeply personal album that anyone can walk into and feel at home among his pain and pleasures. From the title to the last lyrics, the album opens up James' life for all to see. "Spirit Sister was meant as an extension of myself, in spirit form. A shade of who I am, who I've been, who I might become," he says.

To mark the release, James performs two shows at Velour Live Music Gallery this weekend. The first one is an intimate, solo acoustic, living-room style event with seating for all. For the second, a full band accompanies him in a standing room so as many people as possible can witness his personal transformation.