Summer is once again all about big screens and big names. 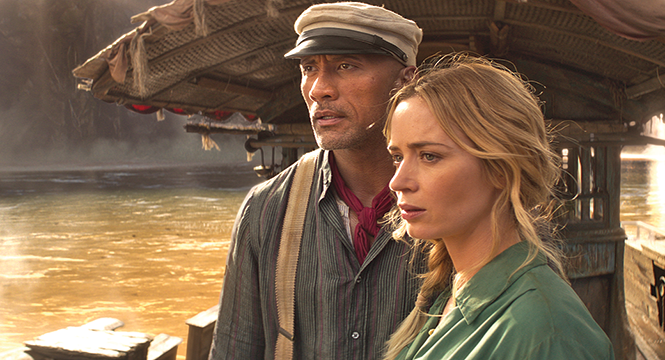 After the lost summer movie season of 2020, the summer of 2021 got off to a later start before finally starting to hit its stride with F9 and Black Widow. Now, it looks like movie summer will practically track with actual summer, as big-name franchises and sequels extend into September. Here's a roundup for your calendar; release dates are always subject to change, as we all learned over the past year.

July 23
Joe Bell: Mark Wahlberg starts in this fact-based drama about a working-class dad who begins a walk across America to raise awareness against homophobic bullying after his son is targeted.

Old: M. Night Shyamalan returns with another creepy high-concept premise—this one based on a 2013 graphic novel—about vacationers on an isolated beach who discover that they have begun to age rapidly.

July 30
The Green Knight: The medieval legend of Sir Gawain (Dev Patel) and the mysterious green knight gets a re-telling from versatile writer/director David Lowery (A Ghost Story, Pete's Dragon).

Jungle Cruise: Disney Parks attractions turned into movies have had their hits (Pirates of the Caribbean) and their misses (The Country Bears). This one teams up Dwayne Johnson as a boat skipper on the Amazon River and Emily Blunt as a researcher looking for a legendary plant with healing properties.

Aug. 6
The Suicide Squad: Add writer/director James Gunn (Guardians of the Galaxy) and a "The" to 2016's Suicide Squad; subtract Jared Leto's weird Joker and Will Smith's Deadshot. But Margot Robbie returns for another go-round as Harley Quinn in the latest misadventures of a team of DC Comics supervillains.

Aug. 13
Don't Breathe 2: In 2016's Don't Breathe, Stephen Lang's unnamed blind man was the dangerous antagonist to thieves who broke into his home; this follow-up turns him into the protector of a kidnapped young girl.

Free Guy: A more comedic spin on The Matrix's "we're living in a simulation" concept, with Ryan Reynolds as a man who comes to realize that he's a character in an open-world video game.

Respect: R-E-S-P-E-C-T, find out what it means to Aretha Franklin (Jennifer Hudson) in this biopic about the legendary soul singer.

Aug. 20
The Protégé: A skilled assassin (Maggie Q) sets out for revenge when her mentor (Samuel L. Jackson) is murdered; directed by James Bond and Zorro veteran Martin Campbell.

Reminiscence: Hugh Jackman stars in a science-fiction mystery as a private investigator in post-environmental-catastrophe Miami employing a technology that allows for the exploration of people's memories.

Aug. 27
Candyman: Jordan Peele (Get Out) and director Nia DaCosta contribute to a revival of the 1990s horror franchise about a boogeyman summoned when you say his name.

He's All That: The cult-favorite 1999 comedy gets a gender-swapped update, with a social influencer (Madison Pettis) taking on a challenge to remake her school's ultimate nerd into a heartbreaker.

Shang-Chi and the Legend of the Ten Rings: The hero known to comic-book fans as "Master of Kung Fu" (Shimu Liu) gets an origin story in this latest installment in the Marvel Cinematic Universe.

Kate: Mary Elizabeth Winstead gets to go full-on action hero as a trained killer with 24-hours to live, trying to use that time to find the person responsible for her imminent death. [Netflix original]

Sept. 17
Clifford the Big Red Dog: The giant crimson canine from author Norman Bridwell's illustrated children's books gets a CGI treatment of his misadventures with his human family.

Cry Macho: Clint Eastwood directs and returns to the screen as a washed-up ex-rodeo star who finds a purpose when he has to become the caretaker for a young boy.

Sept. 24
Dear Evan Hansen: Ben Platt returns to the role he originated in the Tony Award-winning musical as a high-school student whose little white lie spirals into a social media sensation.

Venom: Let There Be Carnage: Tom Hardy returns to the role of the Marvel anti-hero Eddie Brock/Venom, pitting his symbiotic alter-ego against a similarly-powered condemned criminal (Woody Harrelson).