Camp Rock 2: The Final Jam
Speaking of horrible music: Demi Lovato and the Jonas Brothers return to Camp Rock to, like, camp, and rock—until rival Camp Star across the lake gets all up in their grills! Now, it’s a showdown to the death on live TV! Or something. (Disney) 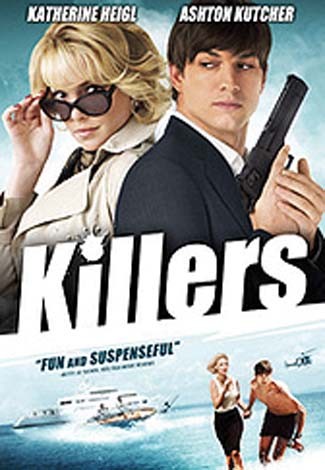 Killers
Ashton Kutcher is an international spy/assassin who decides to retire after meeting and marrying Katherine Heigl. If you buy all of that, Killers ain’t a bad romantic action-comedy. Of course, you don’t, so just wait for Knight & Day. (Lionsgate)

MacGruber
A 60-second Saturday Night Live skit stretched into a 90-minute movie—what could possibly go wrong? Special op MacGruber (Will Forte) is out to stop his archnemesis (Val Kilmer) from blowing up the world, or at least Camp Rock. (Universal)