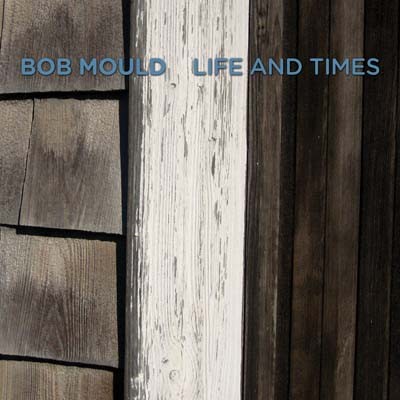 “Essential” is a word bandied about far too much, but it applies to Bob Mould’s ’80s alternative rock band Husker Du, one of the first bands to combine pop melodies with punk guitar sounds without sacrificing the punk in the process, but sharpening it. His solo work has come full circle from forays into dance music to Life and Times, a set that once again showcases his masterful songwriting ability.

This album is a retrospective of sorts, produced at a time when Mould is working on his memoirs, 30 years after Husker Du was birthed and 20 years after Workbook, his first solo album after the band broke up. The songs are some of his most deeply personal without being autobiographical.

The sound is intimate too, with low-key arrangements on most of them, although there are a couple of rockers. “The Breach” details the breakup of a relationship in such detail that it could have been a short story, and the rest are similarly descriptive. Bob Mould uses a narrative, literary style in these songs, and what emerges are pictures of a life lived.

Superchunk’s founders Laura Ballance and Mac MacCaughan launched Merge Records 20 years ago, so it’s a big year for them with the Merge XX festival in Chapel Hill, N.C., as well as playing Coachella. As if that weren’t enough, Superchunk’s first set of new material is being released since 2001. Being in transit in the interim, it’s five songs written in motion, in between destinations or at temporary stops on the way, and it’s a brisk, bracing set barely stopping to take a breath in its circuitous tour of riotous rhythms, distorted guitar and memorable melodies.

Second only to Matador, on which Superchunk started, Merge Records was elemental in getting brilliant indie musicians on the map like Spoon, Magnetic Fields and M. Ward. But Superchunk itself was one of the brightest lights in the indie-rock firmament. After touring incessantly, Leaves finds them back on home ground. On “Learned to Surf,” MacCaughan sings, “When I learned to walk, humans roamed the earth”—as though they were indie rock dinosaurs.

Any implied creakiness is disproved by their agility, which they have in abundance. They play this kind of music like they invented it. Oh, yeah—they did.