Books | Apostasy Now: Paul Toscano continues to explore faith and uncertainty in The Sacrament of Doubt 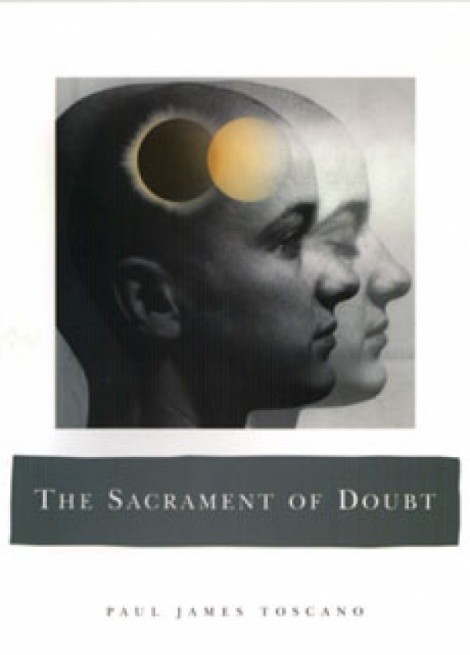 In August of 1993, I stood in a conference room of a local Salt Lake City hotel listening to a passionate and angry speech by a local bankruptcy lawyer and family man—Paul James Toscano—criticizing the leadership of The Church of Jesus Christ of Latter-day Saints for an idolatrous overemphasis on Heavenly Father at the expense of the grace of Jesus Christ. Toscano said such an imbalance leads to an abuse of power in the LDS hierarchy, a false conception of salvation and a misguided view of sexuality. In anticipation for the inevitable backlash, he declared, “We must not fear excommunication.” I thought to myself, “This man is packing some serious chutzpah.”

Just one month later, Toscano was sitting in his own “court of love” for that speech he gave, facing 15 of his local priesthood leaders. And by late afternoon on Sept. 19, he was excommunicated for apostasy.

His excommunication was seen as part of a larger purge of LDS writers and scholars who were also disciplined around the same couple weeks for similar reasons. In the LDS intellectual community they have become know as the September Six: in addition to Toscano, there was Mike Quinn, Lynn Whitesides, Avraham Gileadi, Maxine Hanks and Lavina Fielding Anderson. Toscano details these events in the essay “The Purge of 1993” in his new collection The Sacrament of Doubt, providing not only why this happened, but how.

According to Toscano, the “how” was a consequence of the personality and character of LDS Church Apostle Boyd K. Packer, who orchestrated the fate of those six individuals. Toscano develops a biting criticism of Packer’s speeches and theology throughout his new collection, calling him a modern prophet in a postmodern world. For example, in one essay entitled, “Intellectuals, Feminists, and Homosexuals,” Toscano talks about Packer’s now famous speech of the same name, wherein Packer called those in the three groups the biggest enemies that the LDS Church faces today. Toscano explains why such fear exists in the LDS Church but challenges the notion, pointing out—somewhat tongue-in-cheek—that other dangers such as terrorists, racists, slavers, serial killers, child molesters and, yes, even Democrats, are not on Packer’s list of enemies.

But to say The Sacrament of Doubt is all about the September Six or Boyd K. Packer would not do it justice. These essays provide a window inside the mind of a Mormon intellectual that we often only know through sound bites in the newspapers and TV news. The collection provides a foray into various topics such as theology, sex, death, ego, authority, dissent, grace and friendship. In this book, one gets to know Toscano beyond the stereotyped image of a “Mormon apostate.”

And, though Toscano does get angry, his anger is tempered in poetic and moving essays on death and doubt. In a graveside memorial service for his friend Daniel Rector—a former publisher of the independent Mormon magazine Sunstone—Toscano gives a moving account of the grace that touches the lives of men and women through the power of unique individuals, and the gifts they offer despite their frailties.

In the concluding essay, Toscano offers an expression of how faith and doubt are intimately linked in the quest for meaning. He talks about how belief softens despair, and how doubt can restrain the arrogance of certainty. He offers a philosophical idea: that maybe the best Christians are those who are self-deprecating, near-agnostic, following a path tied between the two poles of blind acceptance and blind denial, between the paradox of belief and unbelief.

In a self-interview, he provides the confession that the loss of his faith was “like losing your eyesight after an accident.” Toscano’s faith may be lost, but his vision is clear and without compromise. He offers uncomfortable ideas that will make readers reconsider their own perspectives.

Heavy-duty stuff for Sunday School but just right for those who take their doubt seriously.