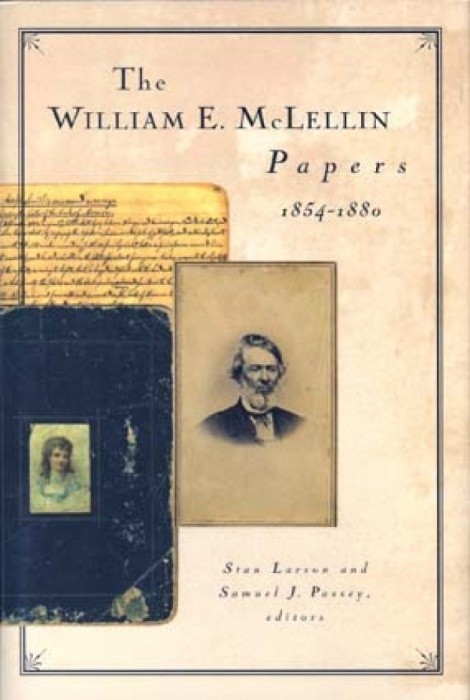 Before the infamous forger and murderer Mark Hofmann became a household name, he was double-dealing a nonexistent “McLellin collection” to several buyers, claiming it would change Mormon history forever. On Oct. 15, 1985, he was to deliver what he promised was “two apple crates full” of these documents to Salt Lake City businessman Steven Christensen. But instead, on that chilly morning, he delivered pipe bombs, killing Christensen and Kathy Sheets, two innocent believers caught in Hofmann’s psychopathic crossfire.n

In the midst of the police investigation and to the astonishment of many people, Salt Lake Tribune reporter Dawn House discovered a real McLellin collection in the Texas home of Otis Traughber. Her discovery proved Hofmann’s fraud. And, 22 years after House first laid eyes on those writings spread out on a kitchen table, they have finally been published in The William E. McLellin Papers, 1854-1880.

So who was this William E. McLellin? Were his writings as troubling as Hofmann hoped to forge? And what exactly did this all have to do with Joseph Smith and early Mormonism?

William E. McLellin, an early convert of the LDS Church, was called as an apostle in 1835 but later left the church over a disagreement concerning the church’s militarizing forces in Missouri. He was excommunicated in 1838, along with others, in what has been called the “Kirtland apostasy.” He was an original true believer who never lost faith in the Book of Mormon, but lost all faith in Joseph Smith, whom he believed was a fallen prophet.

His notebooks look back, providing theological arguments and recounting criticisms with titles such as “Reasons Why I Am Not a Mormon.” A typical tirade can be found in a letter he wrote to Thomas Fuller in 1877: “I found that Smith did not always tell the truth. He would drink to excess. … The leading men went into pride, fine dress for themselves … while the poor among them were suffering for the necessaries of life. He materially altered his own revelations before they were ever printed.”

A particular amusing account is his memory of the Kirtland Temple dedication in 1836. While many of the church members were fasting, they apparently drank too much sacramental wine; “It was more an endowment of wine than the power of God,” McLellin writes. Even after running out before the day was done, someone made a run to nearby Painesville to buy an extra barrel of wine. It gives the phrase “feeling the spirit” and “burning in the bosom” a whole new meaning.

But while McLellin condemned Joseph Smith and his activities with a bit of self-righteous rhetoric, he distanced himself from the fact that he was part of this inner circle and likely participated in the events he repudiates. Illustrating a man possibly divided, struggling to situate his disillusionment beside his original faith, McLellin’s papers reveal a complex character.

Editors Larson and Passey have provided a meticulous presentation, including more than just the notebooks found in Texas. They also include three notebooks that were originally kept in the vault of the First Presidency of the LDS Church, where items rarely ever see the light of day. Also included are 26 letters written to a variety of people such as Orson Pratt and Joseph Smith III. In addition, five scholars—including notable historians D. Michael Quinn and Richard P. Howard—have contributed exceptional interpretations that elucidate McLellin and his memories, along with House’s account of the papers’ discovery in Texas.

While this collection doesn’t offer any major bombshells on the surface, its juicy details will keep historians busy for years to come. Primarily, though, it offers a portrait of a man struggling with his belief, disillusionment and incessant wandering throughout the rest of his life, searching for his spiritual home. It will find resonance with those who have treaded similar paths.