Perks of Being a Wallflower, Cloud Atlas & more

It’s time again for potentially prestigious projects based on books. Here are some of the lesser-known literary works coming to your multiplex before year’s end. (As always, release dates are subject to change.)

Source: The Perks of Being a Wallflower, by Stephen Chbosky
Book Overview: Set in 1992, the story collects letters written by a teenager to an anonymous “friend” about his emotional struggles and friendships during his freshman year of high school. The epistolary style provides a unique voice, but at times Chbosky overloads the Serious Issues faced by his characters: gay-bashing, substance abuse, childhood sexual trauma, etc. Fortunately, the perceptive material about teen social circles overpowers the moments when it feels like every Afterschool Special rolled into one.


Reason for Adaptation Optimism: Author Chbosky adapts and directs his own script, so fidelity isn’t likely to be a problem.

Reason for Adaptation Concern: Author might be too close to the material to know what needs to change to work as a film.

The Movie Pitch: “It’s Kind of a Funny Story meets The Breakfast Club.”

Source: Cloud Atlas, by David Mitchell
Book Overview: Several interconnected stories span centuries of human history, including visits with 19th-century missionaries, an investigative reporter in 1970s California, a genetically engineered rebel in the near future and a post-apocalyptic tribesman on Hawaii. And it’s just about as whacked-out as that description might suggest, with a structure—interrupted stories are picked up again later—that suggests a grand unified vision. But while the individual stories all have their satisfying moments, that vision never comes into focus. It’s a gimmick that promises something rich and profound, and delivers merely an adequate short-story collection.

Reason for Adaptation Optimism: That batcrap crazy trailer that everyone’s been talking about, showcasing the visuals by the Wachowskis and Tom Tykwer.

Reason for Adaptation Concern: Could be just as wild, ambitious but ultimately empty-headed as the book.

The Movie Pitch: “The Tree of Life meets The Hours.” 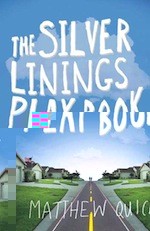 
Book Overview: After four years in a mental institution, a man emerges still committed to the idea that he can reconcile with his estranged wife. Tricky though it is to write from the perspective of an emotionally unstable character without tipping over into caricature, Quick makes his protagonist a wonderfully complicated example of earnest, well-intentioned self-delusion. He also provides a brilliantly restrained portrait of the many issues that can bubble beneath rabid sports fandom. All that, plus Kenny G’s “Songbird” as harbinger of doom!


Reason for Adaptation Concern: The eternal problem of taking a story that exists on the page largely in someone’s head, and making it literal in its visuals.

Book Overview: An Indian teenager named Pi, en route with his zookeeper father to Canada, is stranded on a lifeboat in the middle of the Pacific Ocean with a Bengal tiger when their ship sinks. Martel takes a lot of time building the foundation for Pi’s character before getting to the serious dramatic events, and it’s not always clear what the connection is between that setup and the castaway adventure. But Martel pulls it together at the end into a compelling parable for the power of faith and storytelling to give us hope where, by all logic, none should exist.

Book Grade: A-
Reason for Adaptation Optimism: Oscar-winning director Ang Lee should be a solid choice for this odd mix of philosophy and fantastical suspense.

Reason for Adaptation Concern: Lee will need to find a structure that gets to the meat of the story faster than the book does.

The Movie Pitch: “The Black Stallion meets Cast Away.”

Source: Nicholas St. North & the Battle of the Nightmare King, by William Joyce & Laura Geringer (for the film Rise of the Guardians)

Book Overview: In the first of the five-part “Guardians of Childhood” series, an injured warrior comes to a magical hidden town and plays a key role in fighting off the nightmare demon Pitch. Gutsy enough to create entirely new origins for characters like Santa Claus, the Easter Bunny and the Tooth Fairy, Joyce and Geringer concoct some lively, satisfying fantasy with a great good-vs.-evil hook. If this first volume is any indication, they’re able to turn icons into appealing heroic characters.

Reason for Adaptation Optimism: Animation character design looks like a load of fun, plus a voice cast including Hugh Jackman as the Easter Bunny(!!!).

Reason for Adaptation Concern: Will somehow need to pull together the origins of all these characters for the story to make sense.

The Movie Pitch: “The Avengers meets Santa Claus Is Coming to Town.”