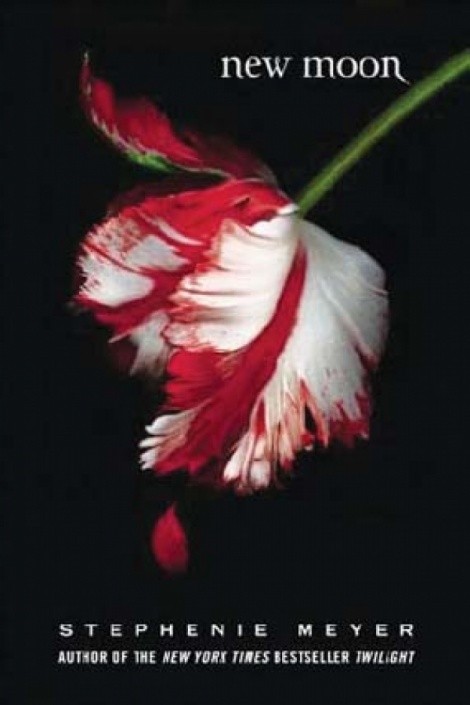 Bella Swan—the teen protagonist of Stephenie Meyer’s supernatural young-adult novels Twilight, New Moon and Eclipse—finds forever-young vampire Edward Cullen almost unbearably beautiful. While he may be part of a family determined to resist the urge to kill humans, Edward still benefits from the fact that, to humans, vampiric beauty proves nigh irresistible. And fortunately for Meyer—a Brigham Young University grad and Mormon mother—her New York Times best-selling books appear to have the same effect on plenty of people.

There is also another way the thus-far-trilogy is like its undead characters: If you spend enough time with them, they might very well suck the life out of you.

It takes only a glance at the Salt Lake County Library System “holds” list for Meyer’s books—or a glance around any given TRAX train over the past several months—to realize that Meyer has struck a nerve. But, wading through the books themselves—1,700-plus pages to date—can be a punishing proposition. Meyer serves up dialogue exposition by the bucketful and appears determined to describe the precise facial expression and vocal intonation of every character during every utterance. She is particularly fond of frowning; begin with the first book and count every conjugation of the verb “to frown,” and you may find yourself in five-digit territory. Fluid, satisfying prose is as hard to come by in the Bella Swan books as a ray of sunlight in its drizzly setting of Forks, Wash.

n n n n n But Meyer must be doing something right—and, if I put on my teen-girl glasses, it’s easy to recognize the appeal to high-schoolers. Bella is, after all, a clumsy outsider who has found her soul mate in the most gorgeous boy in school. He, in turn, has pledged eternal love to her in a sense that really means “eternal.” Not only that, but Edward’s fear that sex would cause him to lose control and kill Bella—a decidedly Reefer Madness view of nookie—turns him into a strict guardian of chastity, so no pressure to put out. Girls can swoon over Edward and Bella’s romance-novel professions of spiritual connection and find an almost perfect surrogate for their idealized fantasies. And, it doesn’t hurt that since Edward has actually been alive for 100 years, he’s so much more mature than your typical 17-year-old.

That might explain the teen fervor—but what about their mothers and grandmothers? What has Meyer done to capture their fancy, when they no longer see themselves in Bella’s two-left-feet shoes? Admittedly, the author has created some interesting basic plot points. Werewolves, self-appointed protectors of humans, engage in an ongoing battle with vampires, placing Bella between Edward and her werewolf American Indian best friend Jacob. The variety of the vampire world—vicious, uncontrollable “newborns”; an Italian vampire pseudo-monarchy; turf wars over prime hunting grounds—grows more compelling as the series progresses. Meyer may not be anyone’s idea of a wordsmith, but she’s full of ideas.

In fact, some of her less overtly stated ideas may be the real key to Meyer’s popularity in Utah: She has turned the entire vampire mythology inside-out to give it a singularly LDS flavor. For 100 years since Bram Stoker practically defined the legend for the modern world, the vampire story has been fundamentally sexual, built around the seductive appeal of a dark man looking to penetrate his victims. The need to feed has served also as a metaphor for addiction, yet even in that case, the vampire has been a representation of irresistible appetites.

Except that, at least according to Meyer, those appetites are resistible. The Cullen clan patriarch, Carlisle, has committed himself to the idea that they may be able to salvage their damned existence by hunting only animals, despite the stronger appeal of human blood. Abstinence achieved through sheer willpower becomes the defining characteristic of the Twilight vampires; Meyer even describes Edward’s celibate relationship with Bella at one point in Eclipse as “enjoying the bouquet while resisting the wine.” And if they can control themselves … well, what’s your excuse?

That doesn’t mean Meyer is setting up her vampires as a clear parallel to her own still-on-the-fringes church community. Despite Bella’s enthusiastic wish to give up her humanity and join the Cullens’ eternal family, Edward resists the idea of “converting” her. And Bella, in turn, balks at Edward’s desire to get married, not wanting to echo her mother’s unsuccessful too-young marriage. Things aren’t that tidy in Meyer’s literary universe, to her credit.

The fact is, despite Meyer’s limitations as a writer, you’ve got to give her a lot of credit. While her fan base remains predominantly young and female, her books have become a phenomenon that’s building Harry Potter levels of frenzy, including the obligatory film adaptation of Twilight due at the end of this year. And this series isn’t simply the latest “one from Column A, one from Column B” Joseph Campbell-approved hero-quest. Building from her own faith tradition, Stephenie Meyer has somehow managed to craft a teen wish-fulfillment narrative that doubles as a guidebook for moral rectitude. No wonder their moms are also thrilled.