Patrick Grzanka studies not where sexual orientation comes from, but why our beliefs about it are more influential than the science. 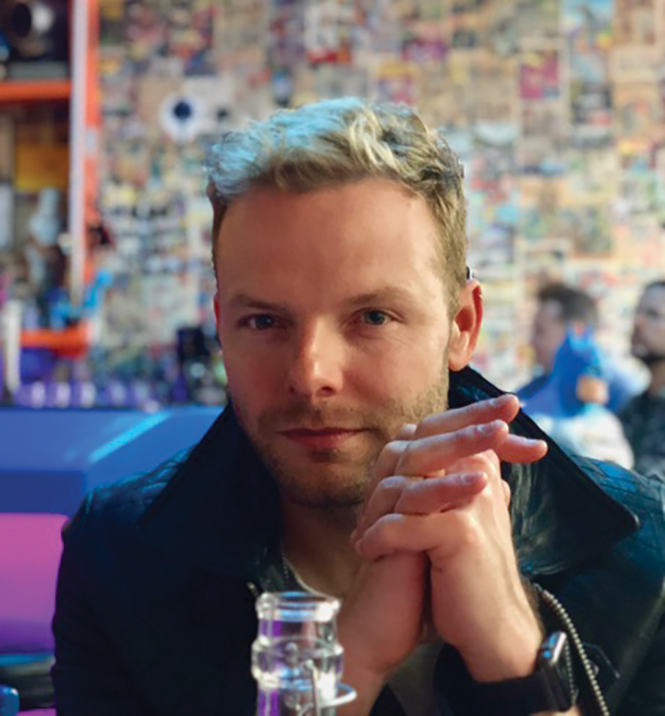 In recent years, American public opinion has seen a drastic shift toward a majority belief that sexual orientation is an innate characteristic—in the words of Lady Gaga, that we're born this way. Yet for social scientist Patrick Grzanka, the fascination lies not so much in the actual origins of sexual desire, but what people believe about those origins, and how those beliefs translate into behavior, or correspond to other beliefs.

"People are less homophobic than they were in the past, and one hypothesis links believing people are born that way to anti-homophobia," Grzanka says. "But if everybody believes in 'born this way' ideology, why are there still homophobes? ... If everybody thinks that, but I'm still getting samples where levels of homophobia are above the midpoint, what the hell is going on?"

Grzanka—an associate professor of psychology at the University of Tennessee-Knoxville—has been studying beliefs about sexual orientation for a decade, working toward publishing a book about what he calls the "Born This Way Wars." He delivers a Bastian Foundation Diversity Lecture on the topic this week at Westminster College.

The origin of Grzanka's interest in the topic traces back to his own coming out in graduate school. "I found myself both drawn to biological answers to sexual orientation, and alienated by those same answers, which removes agency," he says. "At the same time, people in the popular culture were echoing that biology, even though it couldn't be proven, was driving sexual desire, so gay people deserved civil rights. ... As a young person thinking about what it meant to be queer in the first part of the 21st century, the nexus of biology and politics seemed quite fraught. What if the actual origins matter less than what people think it is? Proof is less consequential than deeply-held beliefs. That's what animates people's actual lives."

Grzanka's research attempts to identify those other factors that can influence people's attitudes toward LGBTQ people, beyond their belief that homosexuality is a "born this way" situation. Not surprisingly, factors like the respondent's own sexual orientation, gender and age were significant variables, but Grzanka dug deeper to focus on factors like the "outgroup homogeneity effect" (the phenomenon of tending to believe that people belonging to a category other than your own are all alike) and informativeness (the tendency to think that knowing a single characteristic about a person, such as sexual orientation, tells you everything you need to know about that person).

"Really quickly as you got into these interviews, this is as much about people's lives and their feelings about sex," Grzanka says. "It's still about science, but those things can't be divorced."

Yet he's also deeply fascinated not by the actual results of research into a genetic foundation for sexual orientation, but by how people have interpreted those results. Grzanka points to the landmark Obergefell v. Hodges Supreme Court decision that paved the way for gay marriage in the United States, and the amicus brief that was filed by the American Psychological Association. While the brief focused on research demonstrating that sexual orientation was not changeable by external factors, Associate Justice Anthony Kennedy's opinion for the majority translated that into a belief that sexual orientation was innate. It was an example of what Grzanka describes as "the tolerance trap: You were born with it, so we can't judge you for it."

"I'm less concerned when, or if, or how, the biogenetic origins of sexual orientation will be finalized," he continues, "then the question of how this came to be so central to our understanding of who sexual minorities are, and what rights they may or may not deserve."

By not taking for granted that "born this way" is settled science, Grzanka also realizes that he's setting himself up for tension within the gay community. In his presentation, he notes the case of actress Cynthia Nixon, who publicly stated that "for me, becoming gay was a choice." While scientific research continues to explore complex questions of where, if at all, sexual orientation has a genetic basis, scientists themselves are cautious about qualifying results they worry will be misinterpreted, and members of the gay community suggest, according to Grzanka, that "to let straight people believe otherwise [than that sexual orientation is innate] is dangerous."

"This is not a book that's going to make me a lot of friends," he says. "A lot of queer people are like, 'Is this the manifestation of your sublimated self-hate?' My answer is wholeheartedly, absolutely not. I'm not going to come out as a Log Cabin Republican at the end of the book. The negative reaction to the kind of questions I ask continues to encourage me to do the work. Because if the elusive, uncharted biology of sexual desire is so threatening, then it holds social power."