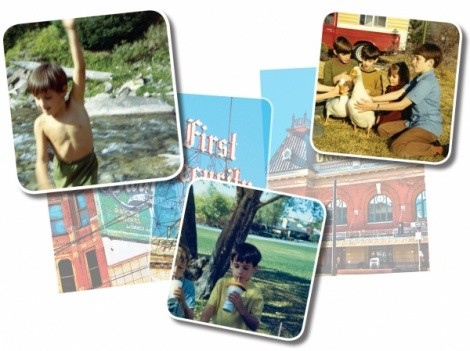 Thirty years ago, I spent my last summer living in Salt Lake City. Trying to pay rent as a high school dropout with a car payment was hard, but trying to come to terms with my queer sexuality in a hostile culture was beyond my capacity to master; the summer of my coming out in Salt Lake City was a lonely and scary time.

Even so, compared to my childhood, it was a liberating summer. Around 1970, when I was 6, I became self-aware, conscious of myself as an individual and conscious of being a little boy, just a little boy. But I also became aware that others did not think it was OK to be this particular little boy. I first remember being teased around the time I began insisting on wearing white leather shoes everyday—white bucks with silver-tone buckles. Apparently, that said something about me I didn’t even know myself: sissy. But I somehow knew then that I couldn’t care what other people thought of me, and even though their disdain and ugly words were hurtful, I wasn’t willing to change my shoes to stop them.

Once a sissy, I soon became “fem.” I don’t know that I was particularly effeminate, and I definitely preferred playing with cars and trucks to dolls. I didn’t wish to be a girl, but I didn’t fit in with boys, and almost immediately, my fate as Kaysville’s sissy boy was cast. Taunts would follow me the rest of my school years.

With junior high came isolation. I was excluded from the boys’ world, and the girls’ world offered me nothing to relate to. The irony of my junior high experience is that I was an athletic kid and good with my hands. But gym class and sports, mechanics and wood shop—all were basically denied me before I ever got a chance to engage with them. I had been marked: not boy enough. “Fem” became “fag” and “faggot.” My church, that church, actively taught that I was the epitome of the devil’s work, so all the social norms and mores in our Mormon world condoned and reinforced those words being used to punish me. I remember hoping, even praying to the Mormon God, that I would not wake up in the morning. Junior high was everything terrible and nothing good for a boy like me.

I eventually gave up hope that God cared about me at all, and church became just another dangerous place to run from, so I made my escape. Mormonism had forsaken me, so I forsook Mormonism. I was Mormon no more.

In 1978, my family moved to Salt Lake City, and I started high school at Brighton High. It seemed everyone knew my place, and with resigned acquiescence, I stepped into my role. Fag. Homo. Pussy. These were the epithets I wore like the polyester graphic-print disco shirts and skin-tight Angels Flight slacks I wore to school. But still, I held fast to my personality and my individualism, chained as it was to the identity foisted upon me.

Within a year, my family moved back to Davis County, where I would enroll at Woods Cross High, though I lived in the Bountiful district. I had learned the technique of evasion by confusion: If I live in your neighborhood but don’t go to your school, do you have the right to beat me up? What if I’m at your school—you don’t know where I live! This did little to stem the violent words, but even that “little” was something.

I had the genuinely bright idea to make at least some of the verbal assaults cease by facing them. I don’t know where the courage came from, but one day, one of my most menacing nemeses yelled across a hallway, “Hey faggot, fuck you!” I had had it. “Fine. Yes! When? Let’s do it, you motherfucker! Fuck me!” I shouted. Stunned, he drew back. The most I ever got from him after that was a flip off and the satisfaction of seeing his friends poke him and laugh whenever they saw me.

When I was 17, I knew that it was true: I was a boy who “liked” other boys. My first clue was that nothing about girls intrigued me. I couldn’t stand women’s perfume, or the way make-up looks, or women’s sticky hair. I began to notice other boys, and then men, as not just annoyances but as objects of desire. It was incredibly confusing and distressing because men and boys were my most vocal haters. Distress and confusion quickly gave way to relief and comfort as I gained an understanding of who I was. We fear what we don’t know, and I no longer had anything to fear. I had finally accepted my queerness. 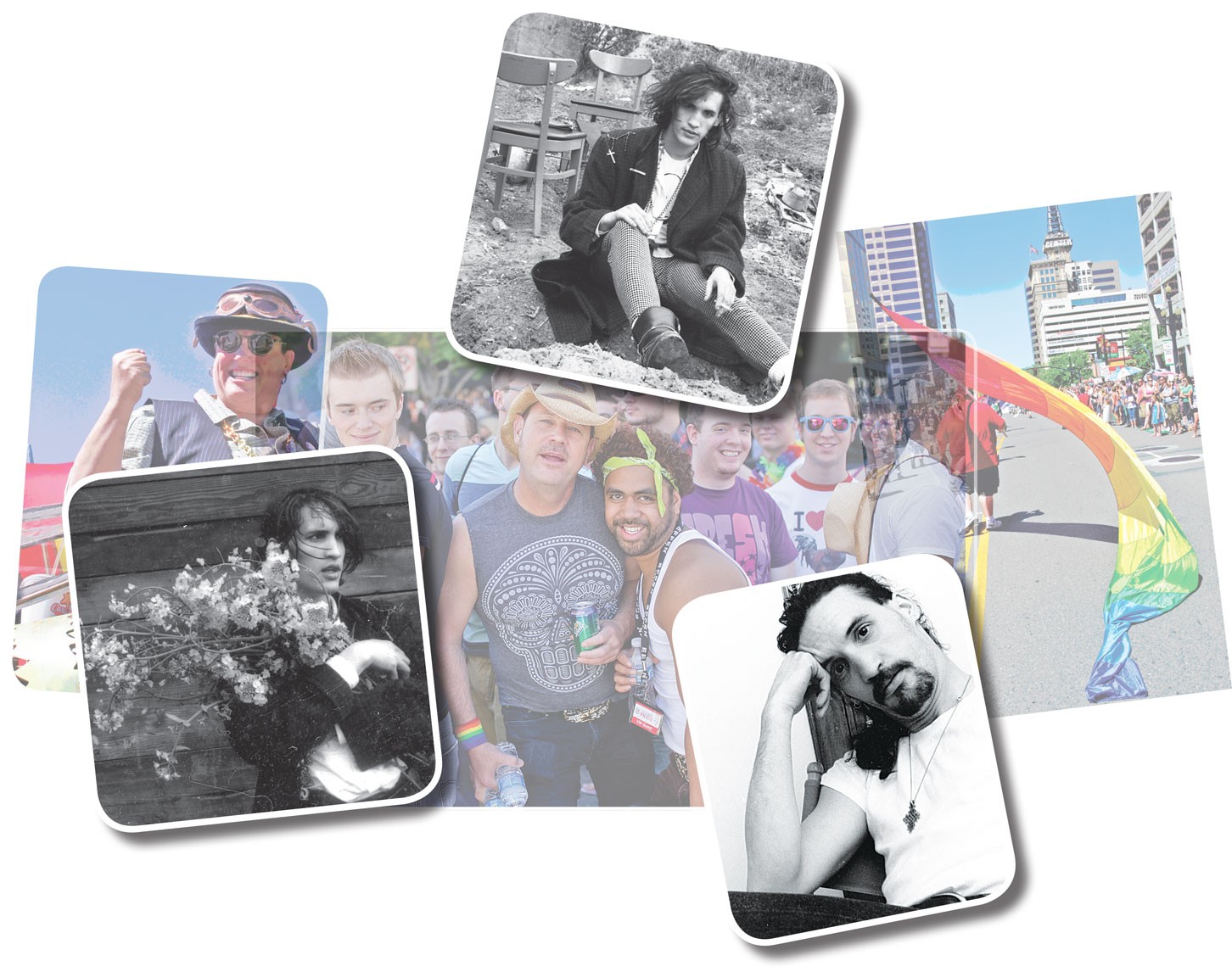 Cruising
What I knew of gays at the time, besides having only awful choices for what to call them, was that I was the only one I knew. Word on the street was that gays cruised each other in Liberty Park and the Crossroads Mall in Salt Lake City. Neither option sounded great, but either option would have to do because I had to find a kindred spirit … and sex. I went to both places and didn’t notice men looking for each other. Then I went back to Liberty Park at night, and it seems there was a dark side, literally. The warm glow of a cigarette was visible in almost every parked car; in the dark, they became visible. I had an aha moment. Suddenly, I realized all the gay guys I had actually seen, but not noticed, were smoking cigarettes in the mall. Cigarettes were disgusting, and the young, clean-cut smokers I had seen at the mall made an incongruous picture, until now. I guess this was my first inkling of gaydar: A young, well-groomed guy was just another Mormon, and a guy with a cigarette was just another loser. But a well-groomed guy with a cigarette meant only one thing: gay! It was the sign I had been looking for. So be it; if cigarettes were what I needed, cigarettes it would be. I chose Benson & Hedges Lights to give that sense of sophistication only a cigarette can.

I had my cigarettes, my American-made hatchback and my nerve; I was going in. It went something like this: We met, driver’s door to driver’s door. I followed him to West Valley City. We had some contact I either care not to remember or was simply not memorable. I drove home. He was 42. I was 17. I moved into his house within a few weeks. He hit me. I moved out. That’s the practicality of coming out in a homophobic theocracy.

I was 17 and had already run away from high school and my home in Davis County and then from a man who beat me. Eventually, I made some gay friends my own age and moved into a condominium with some of them. We would hang out in the park during the day and sometimes at night in the parking lot of the now-long-gone gay bar The Sun, when it was across the street from the Union Pacific building. In 1981, that was about all there was in the way of social venues for queer youth in Salt Lake City. We didn’t have the Internet for cruising or finding friends, and there weren’t any queer-youth-oriented services where we could get practical or emotional support. The gay youth of Utah in my day were literally on their own, often kicked out of their family homes or, like me, runaways. Life in Salt Lake City offered me little more than bad memories and disappointing experiences.

My family was a mix of tolerant, confused and ignorant of my coming out—some knew and some didn’t. Some cared and some didn’t. Whatever they thought didn’t matter because I couldn’t care what anybody thought of who I was. There was nothing to be done, except to find myself—and to do that somewhere other than in Salt Lake City.