The fast and loose rulings of a Box Elder County Justice Court Judge are symptomatic of a broken system, advocates say. 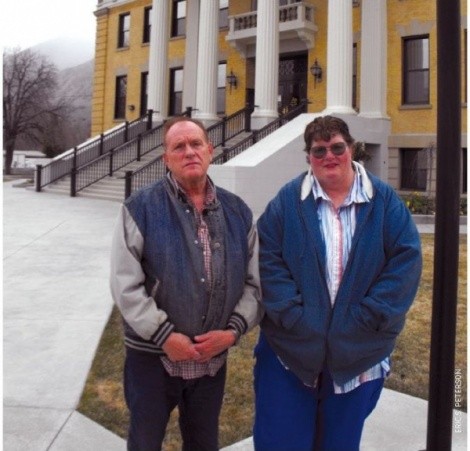 On Sept. 9, 2009, Box Elder County Justice Court Judge Kevin Christensen heard an outlandish request from a woman facing jail time: She wanted court-appointed counsel. Christensen asked the defendant where she got such a foolish notion that she would need a lawyer. When the woman told Christensen her friend, who was present in court and had helped her file the motion, recommended she apply for one, Christensen admonished the defendant’s friend by telling her to “knock it off.” The judge subsequently denied the motion for court-appointed counsel, arguing that if the woman could pay the filing fee for the paperwork requesting a public defender because of her indigence, then she could afford her own attorney.

Court observers from the University of Utah’s Civil Rights Clinic were monitoring the proceedings because of complaints about Christensen’s courtroom antics, which they say included denying defendants their constitutional rights to an attorney and regularly ordering defendants to resolve their cases with the county prosecutor before they entered any plea. Brigham City defense attorney Charles Schultz is also concerned, saying bad blood between him and Christensen has prompted the judge to tell defendants they would receive the maximum penalty and fine for even associating with Schultz.

The actions of a rural judge (neither Judge Christensen nor a representative of the Box Elder County Justice Court would return comment for this story) are representative of statewide failings in the legal system, says advocate Emily Chiang, director of the University of Utah’s Civil Rights Clinic.

“These are symptoms of a larger problem,” Chiang says, “and you will expect to find problems like this when the state has abdicated its responsibility to provide any [criminal defense] support on the county level.”

For residents of Brigham City and other Box Elder communities, it’s easy to stick out in a small town where everybody knows everybody. Just ask Schultz, who has found himself in Christensen’s crosshairs since 2002, when Schultz beat back an arrest warrant issued by Christensen for one of his clients’ failure to appear in court. Schultz’s client was due in small claims—not criminal—court over a disagreement stemming from the purchase of a sick horse. Schultz successfully argued that he couldn’t be arrested for not appearing since the case was in small-claims court. He also argued that such a warrant needed to be delivered by a process server and couldn’t just be mailed to his client.

“He got very upset because I was telling him what the law was,” Schultz says.

Schultz says relations with the judge continued to sour for him and his clients. One of his clients, Robert Pett, was charged in 2008 with nuisance charges relating to several dogs and chickens allegedly on his property. While the charges were dismissed—Pett neither owned the dogs, chickens or the property where the nuisance was said to happen—when he told Christensen he was being represented by Schultz, Pett says Christensen went off on a tirade about Schultz and immediately imposed a $165 bail on Pett.

“He considered me a flight risk,” Pett says. “At the time, I was 71 and living on disability and Social Security,” he says, adding that he’s lived at the same Box Elder County residence since 1961. Consistent with the observations recorded by volunteers from Chiang’s clinic, Pett says in that case, Christensen refused to allow Pett to enter a not-guilty plea until he spoke with the county prosecutor about resolving the charges.

In late 2009, Schultz was defending Pett for a littering citation, when Christensen’s court refused to allow Schultz as counsel, citing him as a co-defendant, and therefore unable to represent Pett. The charge originally alleged Pett had dumped cat litter on the property of his neighbor. Since Pett rents a basement apartment to Schultz, Schultz believes that is why he was added as a co-defendant to the charge.

In the Jan. 25, 2010, letter, Christensen chastises Pett for not capitalizing his name in the motion and also accuses her of having Schultz write the letter: “I have patiently endured Mr. Schultz’s petty disrespect for years, but that will no longer be the case from this point on.” The case against Schultz and Robert Pett is still pending, while another judge decides whether Christensen should recuse himself.

While the motions are still in play, Schultz openly admits he doesn’t have much regard for Christensen’s court.

“To use the term ‘justice’ for these courts is a joke,” Schultz says. “These are revenue courts.” As for Christensen, Schultz sees an authority who throughout his career “routinely fails to advise [defendants] of their rights. It’s a complete power trip for him.”

The American Civil Liberties Union of Utah, in conjunction with the University of Utah Civil Rights Clinic, submitted an official letter of complaint to Utah Supreme Court Chief Justice Christine Durham on Feb. 18, 2010. It says that in three visits to the court they witnessed Christensen’s routine denial of basic rights to defendants, and also “Christensen’s failure to behave in a dignified and courteous manner to all litigants, in violation of the Judicial Code of Conduct.”

While Chiang sees Christensen’s behavior as “unprofessional at best and unconstitutional at worst,” ultimately she doesn’t fault Christensen.

“I don’t think it’s this particular judge’s fault,” Chiang says. “He may not realize the Constitution requires counsel be afforded when defendants face jail time.” Without state rules requiring law degrees for justice court judges, Chiang doesn’t doubt Christensen may not have legal experience comparable to other judges.

What concerns Chiang is that Utah provides no state support for public defense, relegating that instead to each individual county. Utah also hits the bottom of the barrel for public money spent on public defense, ranking 48th in the nation (pdf) for per capita spending on indigent defendants. Without state support, it’s no wonder public defenders may be in short supply in Christensen’s court and don’t have the presence to advocate with the same strength as judges and prosecutors.

“I suspect what’s happening is not unusual,” Chiang says. “I don’t think it’s this one rogue judge making ill-advised pronouncements in his courtroom. I think this is representative of a system broken, as a whole.”