Ignore the controversy around comic master 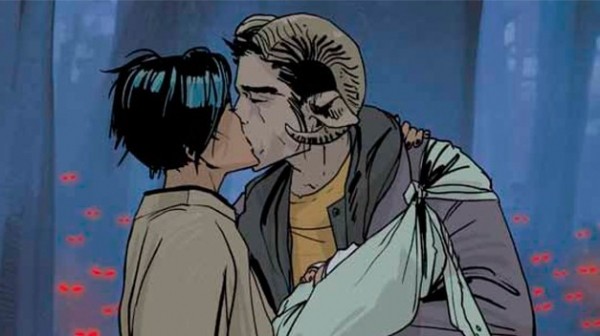 If you haven’t read a comic book written by Brian K. Vaughan, you’re doing it wrong.


Even if you haven’t read a comic he’s written, you’ve probably watched an episode of television he’s responsible for—he wrote or produced 39 episodes of Lost, which were some of the show’s best. Though Vaughan started in comics, writing characters for X-Men, Spider-Man, and Batman, he quickly moved on to his own creator-owned material, starting with Y: The Last Man, a 60-issue mini-series about a world where a plague kills all but one man on Earth. It might have been one of the most poignant, well-told science-fiction stories in any medium, let alone comics.


Vaughan moved on to other work, including a fascinating turn with Ex Machina, another finite series about a superhero who stops half of the attacks on 9/11, gives up his anonymity and runs for mayor of New York City. Imagine The West Wing crossed with The Rocketeer; the hero has to deal with a super-villain and striking snowplow drivers all at once. It’s an unexpected, but brilliant, mix.


Vaughan’s current book is an epic science-fiction-fantasy yarn called Saga, which is almost impossible to describe. There’s a planet and its moon where the inhabitants are at war with one another. Two combatants from opposite sides of the conflict—a fairy-winged woman named Alana, and Marko, a man with demonic horns—fall in love and desert their armies to live together and rear their half-breed child, Hazel. There are robots, bounty hunters, organic spaceships, epic battles and true love. Imagine The Princess Bride conceiving an illegitimate baby with an R-rated Star Wars while on an acid trip to get a good idea of what Saga is about. Twelve issues of the book are out, and I can’t recommend it highly enough.


Reports came in that Apple wouldn’t allow Comixology—the premier comics reading app for your phone or tablet—to sell the book on Apple devices because of the lewd scenes that many, myself included, didn’t even realize were there when reading the comic the first time through. Outrage ensued; everyone from William Gibson to Joe Hill rained down their frustration on Apple for the censorship. Vaughan himself was upset.


And then it was revealed that Apple didn’t even know what was going on. Because of Apple’s overly complicated terms of service, Comixology was under the impression that it wasn’t allowed to sell a book with such content, and self-censored. Comixology admitted the error, and the book is now going to be on sale everywhere soon. It’s amazing how much a little gay sex gets corporations acting with more caution than they’re known for.


But that’s getting a bit off topic. The point is, whether it’s been banned by Apple or not, Saga is a book you should be reading. The art and coloring are stunning, the narration is lyrical, the relationships are beautiful and the story is engaging. It’s everything a great comic should be. Indeed, all of the Brian K. Vaughan material I’ve read seems to be what a great comic should be: fresh, original, well-written and soul-searching.


Head to your favorite local comic-book store and ask for some of Vaughan’s comics. You won’t regret it.