Bring Me the Horizon

Summer's done—but fall has plenty of live music ahead. 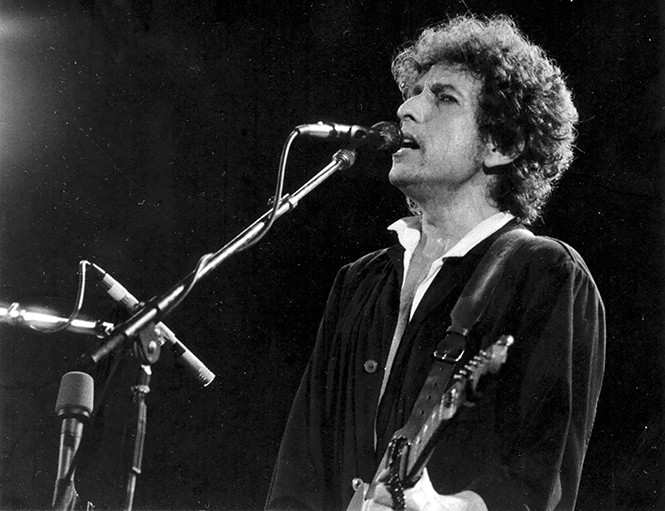 Summer is all sunblock, BluBlockers, block parties and blockbuster films, plus a jam-packed schedule of concerts and festivals. Fall? Generally, not so much. It's winter's opening act—but, instead of getting us pumped for the headliner, it signifies the end of fun, back to school, imminent expensive holidays and a general uptick in downtime which, for some, verges on hibernation, or at least seasonal affective disorder. Brace yourselves; winter is coming.

Every year, I fall into the same trap, bemoaning the coming bummer. It's a reflex. When the season finally kicks in, I see it for what it is: a time for reflection, for slowing down and appreciating pretty colors, delicious cool air and fresh episodes of favorite TV shows. Also, the year isn't over. Good days remain to be seized.

And good shows remain to be seen. As a music nerd, that's my metric, my way of measuring the quality of coming days. Give me something to look forward to, a reason not to shut down. Bring me the horizon, or at least point out the speck that is The Jesus and Mary Chain's tour bus, headed for a stop at my front stoop.

They're comin', you know—Chain, as we fans of the Scottish shoegazers like to call them. We're giddy over this extremely rare Salt Lake City show (Nov. 2, The Complex). The group, after all, does fairly small U.S. tours nowadays, and we're one of just 20 dates. These are the kinds of shows that tend to pop up in the fall: the surprises that, while they might have been in the works all summer, we didn't hear about over the noise of the blockbusters.

Often, these shows are tailored to smaller crowds at smaller venues, like clubs. And club shows, no matter how interesting, are often left off those big Summer Concert Preview lists, like the one we ran months ago (City Weekly, June 15, 2017). Fall is the season where these smaller events often outshine the big tours. The NPR crowd will undoubtedly dig psych-eclectic bands Chicano Batman with Khruangbin at Urban Lounge (Nov. 2). We aging hipsters are all aflutter over dark alt-rock group The Afghan Whigs with funky freak Har Mar Superstar who's also at Urban (Oct. 20), as well as the Oingo Boingo Dance Party (Oct. 28) at Liquid Joe's (yes, without Danny Elfman).

Finally, we all know arena shows are some of the best concert experiences—a massive room of people who are all stoked on the same music, played at ear-ringing volume. The return of the Vivint Smart Home Arena, following an extensive renovation, will close out 2017 with some of those blockbusters. That includes pop/R&B icon Janet Jackson's third attempt performing in SLC (Oct. 16)—after postponing in Oct. 2015 and canceling in June 2016—as well as pop diva Katy Perry (Nov. 24), piano guy Billy Joel (Nov. 29), the mighty Foo Fighters (Dec. 12) and the one and only Lady Gaga (Dec. 14).

That's a lot of shows for fall in Salt Lake City. In fact, in 20 years of covering music here, it's the busiest fourth quarter I've seen. In the beginning, concert news site pollstar.com used to return maybe eight pages of results for the entire state at the height of summer—and maybe three pages this time of year. Currently, the site has 15 pages of shows from now through mid-December. It says a lot about how much Salt Lake City has grown as a music market, and it certainly gives us plenty to help us forget about the coming winter.