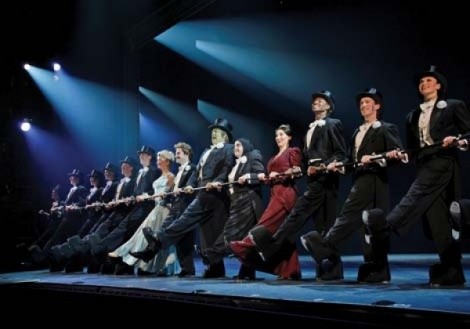 When he turned his 1968 film The Producers into a Broadway musical, Mel Brooks found the medium he seemed to have been practicing throughout his 40-year show-biz career. It was only natural that he’d turn to another one of his comedy movie hits for the follow-up.

In 1934 New York City, Dr. Frederick Frankenstein is a respected physician so determined to distance himself from the legacy of his mad-scientist grandfather, Victor, that he insists his name should be pronounced “Frahnkensteen.” But when he learns he has inherited Victor’s Transylvanian castle, he’s off to the Old Country, where a hunchbacked assistant named Igor and plenty of singing and dancing will bring him face-to-face with his God-playing legacy. Can a new creature—and a performance of “Puttin’ on the Ritz”—be far behind?

Brooks’ anarchic legacy—and his knack for a catchy tune—will have you chuckling even if you don’t know already what happens every time someone says “Frau Blucher.”