With increased visitation and crumbling infrastructure, national parks need money. But President Trump wants to cut even more of their funding.

Crowded visitor centers, crumbling roads and aging buildings—those are the sights at many of America's national parks, caused by years of chronic underfunding. Will the situation soon get even worse? The Trump administration has proposed stripping national parks' funding even further, despite the fact that people are visiting our public lands more and more.

John Garder, senior director of budget and appropriations at the nonprofit National Parks Conservation Association, says the majority of national parks have been short on cash for years.

"As a general rule, parks are underfunded," Garder says in a telephone interview. "The two main issues are understaffing and the deferred maintenance backlog"—estimated at $11.6 billion as of fiscal year 2018.

Lawmakers and experts are huddling over the problem even as the president again proposes cutting the parks' budgets.

In 2017, the National Park Service completed more than $519 million in maintenance and repair work. However, high visitation, aging infrastructure and budget constraints have kept the price for repairs high, according to the Department of the Interior.

Ironically, the very popularity of national parks is driving the unmet budget need.

Crunched Budgets
The Park Service's budget was $3.4 billion in 2017, $2.9 billion of which was a congressional appropriation. An additional $594 million came from other sources, including $282 million generated by user fees.

The data provided by the National Parks Conservation Association show that while discretionary funding for the Park Service has grown since fiscal year 2009, it has still not been enough to keep up with all maintenance and repairs amid increased visitation.

Discretionary funding includes all programs for which money is annually appropriated by Congress.

Only 117 out of 417 sites in the national park system collect fees. At the fee-collecting parks, 80 percent of the funds generated remain in the parks where they were collected, while 20 percent go into a funding pool for other parks.

In recent years, the budget appropriation process has become even more constrained, leaving the Park Service in a bind.

Garder says the Trump administration provided a "very damaging" budget blueprint for fiscal year 2018, asking Congress for cuts to the Park Service. Congress rejected the administration's proposed budget, which would have eliminated thousands of jobs, and instead provided it with more money than was originally proposed.

But Trump's $2.7 billion 2019 budget, unveiled earlier this year, calls for a 7 percent cut to the Park Service. This would result in a loss of nearly 2,000 ranger jobs. The proposal also includes specific cuts to cultural programs, land acquisition and the Centennial Challenge, a program that manages philanthropic donations, according to the National Parks Conservation Association.

"National parks are a victim of what has become a broken appropriations system, and they are not receiving the support they should and not being prioritized," Garder says. 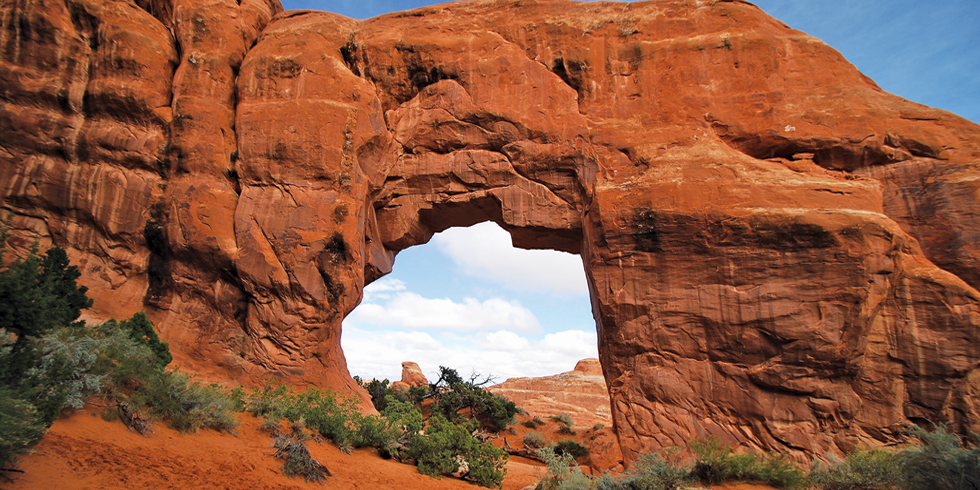 This year more than 30,000 visitors flooded the park the Sunday before Memorial Day.

Zion is the only national park where management is considering a reservation system, as its visitation has been growing at a fast clip.

Just under 150,000 acres, Zion has only one main road that stretches for six miles. In 2017, the park had approximately 4.5 million visitors, making it the third most-visited national park in the country. That is up almost 2 million visitors from the 2.7 million that came in 2007.

A tweet on June 15 read: "Parking is full at the Zion Visitor Center and the lot has been closed. Visitors should not to go to the visitor center to park. Park in Springdale."

Sue Fritzke, superintendent at Capitol Reef, tells City Weekly that these days, overflow parking and increased trail use are among major issues. There's one main road that goes through the park—Highway 24—and when parking lots are full, people end up parking on the sides of the road. That causes hazards not only for visitors, but also degrades the roadside areas.

Like officials at Zion, Fritzke and staff are encouraging visitors to alter their routines and try to either visit earlier in the morning or later in the day.

"We have trails in the park that are designed for a certain use-level and with the doubling amount of visitation, the shorter trails are getting double the use they used to get," she says. "Do we now make those trails bigger to accommodate more visitation or look at some other option?"

When there are so many people on the trails, Fritzke says, hikers can end up trying to pass each other off the designated paths, damaging vegetation.

"We're encouraging people to get there as early as 7 in the morning," she says. "It is really an amazing time because you have these long shadows and great colors—that way, we don't have to worry about actual changes in the infrastructure."

Most recently, crews at Arches completed a paving project that improved roads and increased the amount of parking. Andy Fisher, chief of interpretation for Arches and Canyonlands, says that while the park has been able to address some of its deferred-maintenance projects, "the rate our visitation is increasing is outpacing what we can possibly do with our paving project."

As of July 1, park entrance fees have increased by $5-$10 to help address budget concerns. Of the 80 percent that stays at the park, 55 percent is earmarked for deferred-maintenance projects. Fisher, though, says it might not be a cure-all for increases in tourism.

While Fisher says there is less infrastructure to maintain within Canyonlands, much of the work is spent on trail upkeep. They also get help from volunteers.

Officials at Zion or Bryce Canyon parks didn't respond to requests for comment by press time.

Similar situations are occurring around the country. Last year, 331 million people visited the 417 National Park Service sites across the country, according to the Department of the Interior.

Dana Soehn, spokesperson for the Great Smoky Mountains National Park, says visitation has increased by 25 percent over the past decade, while staffing has decreased by 23 percent.

To counteract the impact of the increased visitation, Soehn says, park officials, like in Utah, started to remind visitors to travel to the park during less-busy times like early mornings and mid-week, and have worked to make some of its most-used facilities more sustainable, including the park's most popular trails.

"This is not surprising when you consider the millions who choose to experience the Smokies from behind the driver seat every year," she says.

In 2018 and 2019, Soehn says, the park is embarking on a $2.5-million public-private partnership opportunity to fund deferred maintenance needs for the infrastructure of nine radio repeater sites, which help ensure the safety of visitors and field employees.

Grand Canyon National Park, which saw more than 6.2 million visitors in 2017, has more than $329 million in deferred maintenance. That figure includes the Trans-Canyon Pipeline, which carries water to the South Rim and its visitor centers and hotels. The pipe's condition continues to deteriorate as it leaks and breaks.

The deferred maintenance backlog at Yosemite National Park in California currently stands at more than $582 million.

Similarly to Great Smokies, which receives outside help, Yosemite gets assistance from Yosemite Conservancy, a nonprofit organization which provides grants and supports the park's 750 miles of trails. Most recently, Gediman says, the conservancy donated $20 million toward the renovation of Mariposa Grove, a stand of sequoias that reopened in mid-June.

Asked if the park has enough staff to manage all visitors, Gediman says they are able to operate with its current 700-800 employees. "We could always use more people, but we have a very talented and dedicated staff and we feel that we are able to protect the park."

"Those include constant repair and upkeep to roads, historic structures, water, wastewater, trails and boardwalks," Herbert says. "For example, thermal basins change constantly and boardwalks need to be moved."

This year's Memorial Day contributed to May 2018 being the busiest May ever recorded in the park.

"Visitation has increased by 37 percent over the last five years," he says. "This increase creates challenges for park staff, facilities, visitors and the resources people come here to enjoy. Right now, we're collecting data on visitor expectations and how they move through the park." 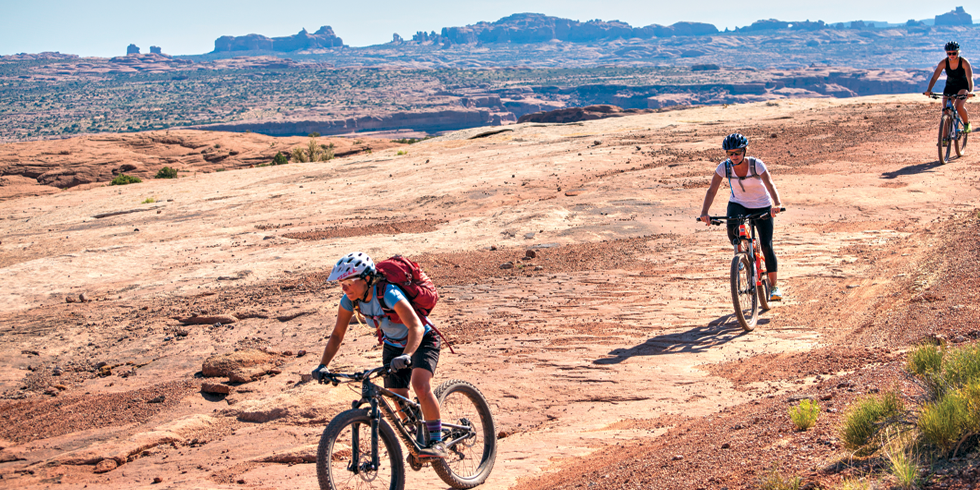 Rachel Cohen, communications director for Sen. Warner, says his office is discussing the measure with the Senate Committee on Energy and National Resources.

Under the bill, half of the excess revenue from controversial offshore and onshore drilling would be funneled to the Park Service. The bill would create a fund for projects at national parks.

Ashton Davies, communications director for Sen. Alexander, says that there have been no hearings on the bill, but it has already received support from some Democrats. The legislation also would need to go through the Senate Committee on Energy and Natural Resources.

On the House side, Utah's Rep. Rob Bishop, along with Rep. Raul Grijalva, D-Ariz., introduced legislation just last week that would earmark about $5.2 billion to fix roads, trails and other aging infrastructure at the country's parks. Money for the improvements would come from royalties on oil and gas extraction on public lands.

Last year, a proposed fee increase at the nation's 17 most-popular national parks caused a public outcry, as it would have nearly tripled vehicle entrance fees during peak seasons. Following the uproar, the Trump administration scaled back its plans and implemented the recent $5-$10 fee hikes.

Garder argues that increasing fees alone can't solve the issue. He says any further increases on top of those that have already gone into effect could drive away visitors.

"While fees play an important role in supplementing federal funds, they are no substitute, and they have to remain at a reasonable rate so as not to discourage visitation," he says. "These are lands Americans own, and they have a right to visit them affordably. What's most needed is a more robust federal investment."


With information from Ray Howze. A version of this article appeared in The Revelator.