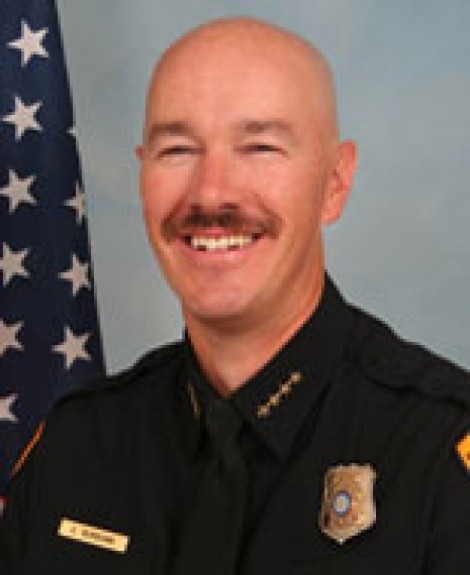 I read the funniest thing in The Salt Lake Tribune recently. I had just returned from a holiday fishing trip to the Uinta Mountains and the wonderful canyon of the North Fork of the Duchesne River, where my family has camped annually since the mid-'60s. On my front porch was a weekend issue of the Tribune, with the lead story about how Salt Lake City Police Chief Chris Burbank has managed to royally piss off certain members of the Utah Legislature. Bully for him, I thought.


A few weeks ago, Burbank joined forces with a number of our country’s metropolitan police chiefs who object to their own state legislatures creating immigrant legislation mirroring that of Arizona’s, a state that recently passed a controversial illegal-immigration bill. Since speaking out, Burbank has been roundly criticized. As the story noted, he has been called every name in the book, has been asked to resign and has become the whipping boy for the malicious Republicans who rule the Utah Legislature, which is certain now to craft new laws aimed at shutting Burbank’s mouth.

Burbank’s crime was twofold. For starters, he spoke up. Most Utahns know that speaking up is considered traitorous—we have wiser people than Burbank to speak for us, after all. (Those people are often self-serving liars who play upon the fears of others, but let’s face it, they call the shots and the Utah sheep play along.) Secondly, Burbank used words that would offend any self-respecting legislative hypocrite: According to the Trib story, Burbank accused Utah’s conservative legislators of racism, of being evil xenophobes and of advocating racial profiling.

He said it straight up and perhaps didn’t anticipate the orthogonal reaction—those legislators would become so mad at him they would band together and threaten to not only pass a copycat immigration law, but they would also take their wrath out on Salt Lake City by passing punitive measures designed to harm city operations—remember, this is the same breed of yahoos who supported legislation against environmentalist Robert Redford. And that’s where the story made me laugh.

One advocate of a new Utah immigration bill is Senate Majority Leader Scott Jenkins, a Republican from Plain City, which borders the Great Salt Lake just below Willard Bay. Besides cow tipping, snipe hunts and fruit-patch raids, things must really be going to hell in Plain City, because Jenkins said that an immigration bill “is constantly on our mind.” I barely can imagine how illegal immigration affects Plain City residents, except that it might displace the previous illegal immigrants illegally hired by Plain City’s finer citizens. Some of those brown-skinned workers in Plain City who pick up the cows, reset the fences ruined by snipe hunters and cheaply pick the fruits and vegetables grown in and around Plain City are here illegally. That’s not Burbank’s problem.

So steamed was he at Burbank for speaking his mind, Jenkins also let off this laugher: “If he (Burbank) wants to debate the issues, he should get in the Legislature and come up to the Hill.” Jenkins must be high on manure methane if he believes the Utah Legislature is a beacon of free expression and reasoned debate. When Jesus Christ inspired the U.S. Constitution—in English, not Hebrew—he was not thinking of the Utah Legislature as he crafted the First Amendment. If Burbank ever again flexes his influence, it will not be as a member of a Utah Legislature. Up there, he would be Political-Party profiled and relegated to some meaningless committee, never to be heard from again.

What Chris Burbank did was as American as American gets—he spoke up freely in a free society. How ironic, then, that in that Fourth of July weekend issue of the Tribune, members of the Utah Legislature want to punish him and his city for enjoining the most sacred of the Bill of Rights. Their actions say all you need to know about those jackals on Capitol Hill who annually hijack another piece of the Constitution while claiming to love it.

Remember—Chris Burbank is a white guy. Look at what they’re doing to him and ask yourself what they would do to him if he were a Mexican. Burbank notes that Salt Lake City deports more criminals than any other Utah city, and told the Tribune he “works closely with Immigration and Customs Enforcement to make sure that the undocumented people who commit crimes are dealt with appropriately.” Yo—Chris. Your job is not to do your job; they will not love you for that. Your job is to shut up and let the jackboots fall where they may.

Burbank got them all fired up when he stated the obvious—what the Arizona law requires, and what a similar Utah bill would require, is blatant racial profiling. He hurt some feelings when he also implied that the bill was racially inspired. I believe him. I know Utahns who call Brazil Nuts “nigger toes” and who think that’s perfectly acceptable. Utah is many things, but it is not racially sensitive.

Burbank is correct that our police forces should not spend their time acting as immigration agents. If Jenkins and his gang want to find some new border agents, I suggested that, instead of using our police, they simply deputize the check-out clerks at home-and-garden stores. That way, they can catch and deport those law-breaking illegals, right after they’ve spent money but before having a chance to put the finishing touches on a yard, home or enterprise owned by some self-righteous legislator.