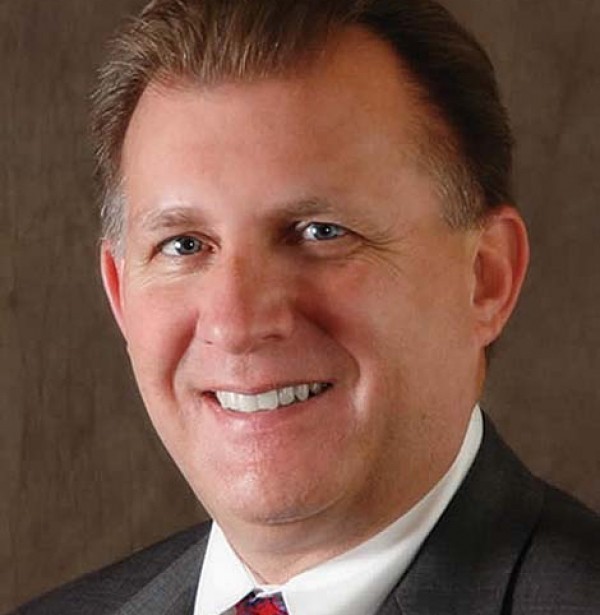 Medical Cannabis Payment Solutions announced Feb. 5 that it had welcomed Sen. Curtis Bramble, R-Provo, to be chair of its advisory board. The company’s press release touted Bramble’s “deep experience in accounting, legislative framework, regulation and compliance.”

Bramble, who’s spoken against marijuana legalization in the past, says his role will not involve any government relations—though he will draw upon his experience in government and his decades of work as a certified public accountant on the advisory board.

“The question is, if this is the direction the country is going, then how can that environment be most effectively regulated in a way that meets the legal requirements in the various states [where medicinal marijuana is] legal and also recognize there are states where it’s not legal?” Bramble says. “And how do you navigate that? This company has come up with a very innovative approach.”

Medical Cannabis Payment Solutions plans to ride the green boom by helping dispensaries manage their business through innovative tech solutions. MCPS, which is based in Nevada, also wants to help these businesses work better with “policymakers and stakeholders,” a key function that, the company’s press release says, makes Bramble’s role invaluable.

Bramble’s political connections extend beyond the Utah Legislature. In August 2013, Bramble was elected as the vice president of the National Conference of State Legislatures, and also currently serves on the American Legislative Exchange Council, a secretive organization known for playing matchmaker between corporate interests and lawmakers in state legislatures across the country.

Bramble says he is not receiving a paycheck from MCPS. His compensation for being chair of the advisory board hasn’t been discussed, he says, and the board has not even formally met.

MCPS was formed May 17, 2013, shaking off its former direction as Refill Energy, an energy-exploration company, to make a push into the medicinal marijuana business. MCPS is publicly traded, but not on the regular stock exchange; it’s instead sold on the “Over the Counter Market” as a penny stock.

Penny stocks traded on the OTC “Pink Sheets” aren’t subject to regulations from the Securities & Exchange Commission as traditional publicly traded corporations are, and they have been criticized by some for their lack of transparency.

While Pink Sheet companies don’t disclose the same qualitative details that SEC-regulated companies have to, MCPS did post a quarterly statement on Sept. 30, 2013, noting that the company had no revenue and had taken out a $35,000 loan at the end of the quarter to continue operating.

MCPS CEO Jeremy Roberts says that some penny stocks can be prone to “pump and dump” manipulation, but says that his company is digging in to help dispensaries navigate a difficult business climate. As for selecting Bramble for his advisory board, Roberts says, his connections weren’t really a factor.

“I’ve known Curt for about 10 years,” says Roberts, a Utahn and former secretary of the Utah County Republican Party. “The reason I wanted him on board is he’s a tax super-genius and right now, the biggest problem [dispensaries] have are tax issues.”
But Bramble has not always been a cheerleader for the industry.

On Aug. 26, 2013, Legalize Utah, a group advocating for the legalization of medical marijuana in the state, posted the response from Bramble to an e-mail the group had sent to lawmakers asking them about medicinal marijuana.

“My position is unchanged,” Bramble’s response read. “I strongly oppose legalizing marijuana in Utah and will continue to do all I can to defeat this proposal should it actually come before the legislature.”
Bramble says his response to the group was based on his belief that the group was simply using the call for medicinal marijuana as a “front” to legalize recreational marijuana in the state. Bramble says he sees a big difference between marijuana for recreation and well-regulated medical treatments such as those being considered by the legislature that could aid those who have severe epilepsy.

In another press release, MCPS stated that it would advocate with the Utah Legislature about the benefits of cannabis-oil extracts.

Bramble says he hasn’t read the cannabis-oil bill introduced by Rep. Gage Froerer, R-Huntsville, and points out that “I didn’t write the press release” for the company.

The release does quote Bramble touting the company’s “Seed 2 Sale” integrated solution as “a powerful way for dispensaries and state governments to improve their relationships, work together on the right risks and drive overall premium growth.”