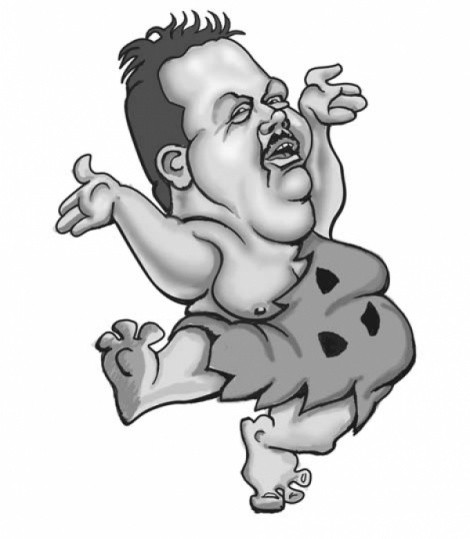 Yesterday, the Utah Legislature, voting along party lines, approved a measure that will return Utah to a state of nature. “It seems the natural next step,” said Rep. Carl Wimmer of Herriman, who was wearing a loincloth for the occasion. “States’ rights are all well and good, but eventually you’ve got to bite the bullet and stand up for what you believe in.”

Observers of the Utah Legislature pointed out that Utah’s return to a state of nature has been a long time coming. Herb Flandro, a veteran journalist (and amateur historian) who covers the Legislature for the Kamas Courier-Mail, told City Weekly that he is not at all surprised by the move that left many of his colleagues shaking their heads.

“First of all, Utah has never been a happy camper in this noble experiment called the United States of America. Brother Brigham and his band of believers wanted to get the hell out off the U.S. of A. altogether. Right from the beginning, we hated the feds and made it hot for all the territorial officers the feds sent out to keep the Mormons in line.

“Eventually, after all the polygamy business and the Senate hearings on seating Reed Smoot, Utah had to hunker down and try to be a state like all the others. But it never really took, as you can tell from our history of hostility to the federal government. ’Course, now that Obama got elected, our Republican Legislature is convinced the country is going to hell in a handbasket. Not only that, but the ‘end days’ are rapidly approaching.

“As you know, one of the prophecies about the Millennium being just around the corner is that communists will try to force kids to eat nutritional food in school vending machines and take away the freedom of parents to let their kids bloat their bodies with junk food. When some dogooder, crypto-commie Democrat in the Utah Legislature introduced the bill to provide good food to school kids, that was a sure sign that the last of our freedoms was about to be snatched away.

“That was the last straw, after all those other communist plots to take away our freedom—like seat restraints for kids, or gun laws, or socialized medicine. Not to mention the conspiracy to tell us what time it was, as one of our great patriots, Kenny Sumsion of American Fork, recently brought to our attention. He was a brave man to admit that he gets confused by all the switching back and forth from standard to daylight saving time.

“Anyway, it was a logical progression from asserting states’ rights to returning to a state of nature, though I have to say it was not a pretty sight to see Wimmer, Herrod, Sumison, Buttars, et al., shucking their business attire for loincloths. It could have been worse—there’s a group of Republicans who want to return to a total state of nature, naked as jaybirds, just like God made them.”

Our Utah legislators— some naked, others in loincloths—are moving to get our state out of the Union and into Nature. Fortunately, a state of nature already is in place in many areas of modern life. To cite just one example, the state of nature has long prevailed on our roads and highways, where patriots exercise their God-given freedom to run red lights and swerve from lane to lane, all the while talking or texting on their personal electronic devices.

Utah’s return to the state of nature means that hygiene regulations will no longer cramp our style. Our legislators, always liberal with their gassy expulsions in Capitol chambers, are particularly pleased that they will be free to exercise a related bodily function outside the constricting venues where they have always feared toe-tapping flirtations from the wide-stance crowd. As one legislator quipped, “My dog is free, so why not me?” EnergySolutions, happy to benefit from the state of nature, is said to be a lock for the waste-removal contract.