Dead or Alive: What will (and may not) be back on TV next season. 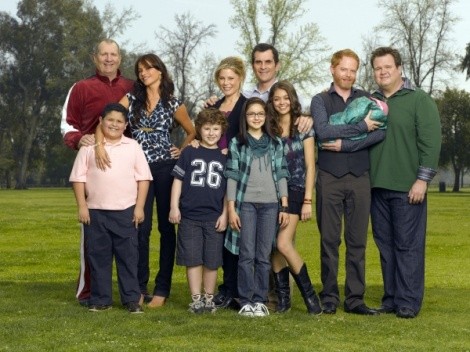 In the last week of May, the broadcast networks will announce which TV series will be returning for the 2010-11 season—and, by blatant omission, which they’ve canceled (if they haven’t already). Here’s how things stand right now:

CBS: Big Bang Theory, The Good Wife, How I Met Your Mother, NCIS: Los Angeles and Two & a Half Men.

The CW: 90210, Gossip Girl, Smallville, Supernatural and The Vampire Diaries.

The CW: Life Unexpected and One Tree Hill.

ABC: Hank (that Kelsey Grammer sitcom) and Eastwick (that jiggly witches dramedy) were rightfully wiped off Wednesday nights, and Scrubs (aka AfterScrubs, or Scrubs Zombies) should never have been granted another season, anyway. Sadly, Ugly Betty didn’t fare much better on Hump Day than Fridays, so the old nag (who actually went out as a hot new thang) had to be put down. Lost is going out on its own accord when Season 6 concludes on May 23—if you haven’t bought a finale ad yet, you can still pick up 15 seconds for around $80 billion.

Fox: Brothers and ’Til Death were the lone non-cartoon sitcoms on the Fox 2009-10 sked; the former died quickly, but the latter has hung on for-ev-er (and you’ll still never find anyone who’s actually seen it—not even star Brad Garrett). Dollhouse (left) is long gone. Past Life and Sons of Tucson never had (nor deserved) a chance. And 24 … yeah, The Only TV Column That Matters™ had such high hopes for this season, too. Maybe my spin-off pitch for Chloe O’Brian: IT Mercenary will make it onto Fox’s fall schedule.

The CW: The semi-functioning cadaver that used to be Mischa Barton wasn’t entirely responsible for sinking The Beautiful Life; also blame the lame concept, terrible writing, crap execution and being stuck on The CW … No, I can’t explain why Gossip Girl is still on, then.

ABC: Half-assed series The Forgotten and The Deep End were ignored by the masses, as were the full-assed FlashForward and V (but at least after big debuts). ABC completely blew it with Better Off Ted, refusing to even give it a shot on Wednesday nights with the rest of the net’s excellent comedies—art imitates Veridian Dynamics (look for Ted to burn off remaining episodes in the summer).

CBS: Accidentally on Purpose (that terrible Jenna-Elfman-is-preggers sitcom) and Numb3rs (that crime show your mom watches on Friday nights) are all but dead; The New Adventures of Old Christine has produced enough episodes for syndication and is no longer necessary; Gary Unmarried and Medium could go either way; Miami Medical has yet to prove it has any Friday viewers on in the old Numb3rs slot. Any.

NBC: Heroes (left) is long overdue for the ax; Mercy and Trauma could easily be consolidated into MercyTrauma: Sexy Medics.

Fox: Human Target and Lie to Me: Both great Fox shows … that involve neither singing, cartoons nor cranky doctors, so R.I.P.

The CW: Melrose Place, even worse than the original. That in itself is a television benchmark.