SLC councilman: Candy should be thrown at parades 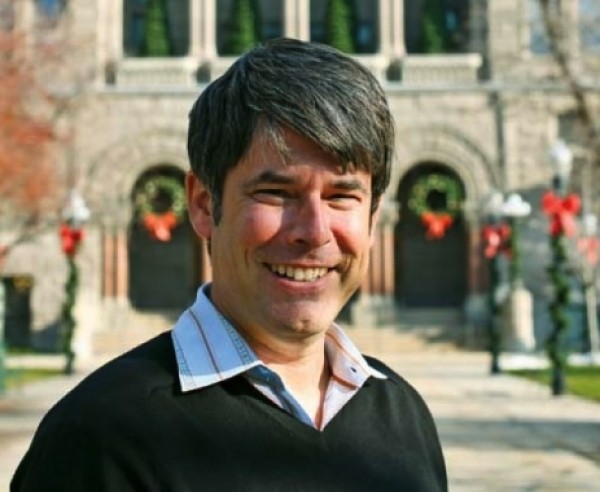 The memory of going to a parade and being showered in candy flung from floats brings  back the sweet taste of nostalgia to Utahns who remember when the practice was more widely allowed. Salt Lake City, like many municipalities across the country, currently forbids the practice, citing safety concerns for children being injured during parades in their pursuit of saltwater taffy, Tootsie Rolls and other flying treats. Now, 4th District Salt Lake City Councilman Luke Garrott has floated a proposal through the city’s online citizen-feedback portal, Open City Hall, seeking input on allowing candy-tossing at city parades.


“Government shouldn’t get in the way of having fun at parades,” Garrott says. “It’s kind of just that simple. This used to be a time-honored tradition that candies and parades went together, like, well … finish the cliché: Jell-O and the Days of ’47 Parade, apple pie and baseball, etc.”


Garrott says he doesn’t believe the safety concerns cited in the current ordinance can even be linked to an injury in Salt Lake City. Rather, it’s a precautionary measure adopted by cities out of fear of potential lawsuits.


“The total-safety culture is also a pretty boring culture,” Garrott says, speaking against the current ordinance.


Garrott says that Salt Lake City would join a number of other cities in the state—including West Valley City, Riverdale and Tooele—that currently throw candy at parades.


“It’s not like we’re going against a national trend that’s found the throwing of candy is dangerous to people,” Garrott says. “I’ve been in enough parades to see how slow the traffic moves, and most of the time you’re not moving at all.”


While the easing of restrictions may bring the fun back to some community parades, other organizers of major city parades, like the Days of ’47 Parade, say that they would likely still prohibit the practice for safety and liability reasons, even if the city changed its ordinance.


Greg James, vice president of communication for the Days of ’47 Parade, says he believes there are some parades where candy could be safely tossed, but he wouldn’t allow it at his group’s yearly parade.


“It may seem well-intentioned and harmless, but for our kind of parade, it constitutes a real safety issue,” James says. With the large floats that take part in the Days of ’47 Parade, James says float operators have limited peripheral vision that could prevent them from easily spotting children darting out for candy. He also says that children running after candy in the parade could potentially frighten horses in the parade, presenting another safety concern.


“There’s nothing we’d rather do than to make kids happy along the parade route,” James says. “But more than making them happy, I’d rather have them be safe.”


“[Throwing] candy used to be fun back in the day, but parades do get big now and the chance of someone getting hurt really isn’t worth a 2 cent piece of taffy,” Reiter says. Having been involved in Hibernian parades going back the past decade, he believes it wouldn’t affect turnout much at future parades.


Cal Cazier, a board member for Safe Kids Utah, a nonprofit that raises awareness of unintentional injuries that befall children—including pedestrian accidents—says there are safety issues, but he believes there can be a place for candy and kids at parades.


“The parents have to have some responsibility making sure kids don’t go running out into the street to get [candy] without looking,” Cazier says. “But I think it’s a fun tradition, and I would hate to see it be stopped.”

Besides allowing the throwing of candy, the proposed change would allow people who camp out for viewing spots for major parades like the Days of ’47 Parade to reserve spots starting at 6 p.m. rather than 8 p.m. The Salt Lake City Council will accept public comment on the proposed changes on Tuesday, June 19, at 7 p.m, at the Salt Lake City & County Building, 451 S. State. For more info, visit The Open City Hall page at http://citywk.ly/yYvBpN.