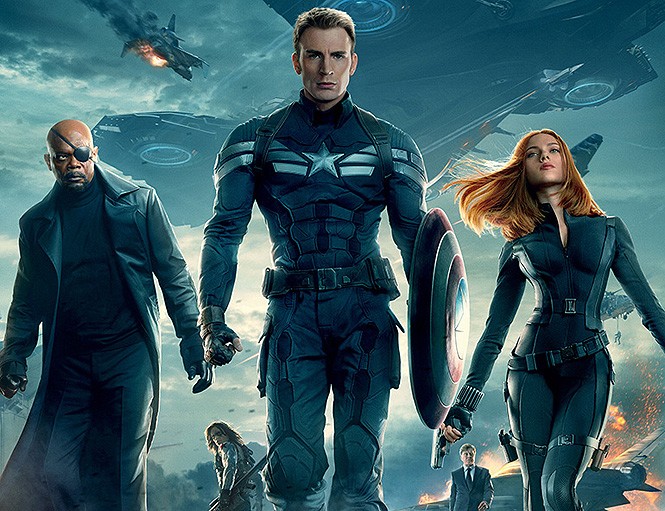 
Cap (Chris Evans), Black Widow (Scarlett Johansson) and the Falcon (Anthony Mackie) battle an inside conspiracy against S.H.I.E.L.D. and the titular Winter Soldier (Sebastian Stan). It ties in with a certain TV show below. (Marvel/Disney)


Carrie (Claire Danes) and Saul (Mandy Patinkin) search for the CIA headquarters bomber, while Brody (Damian Lewis) takes on a mission of redemption in Iran, which doesn't go well at all. Oh, don't get hung up on spoilers. (Paramount)


After a girl breaks his heart, a dude asks his friend to stage a "mantervention" of sex and debauchery to cure him of being a hopeless romantic, only to learn that love isn't so bad, after all. But neither is sex and debauchery, so win-win. (Millennium)


Sam and Dean must reopen the gates of Heaven and stop a demon insurrection in Hell while dealing with their own personal, heh, demons. Meanwhile, Castiel adjusts to being human and Crowley steals the whole damned, heh, show. (Warner Bros.)