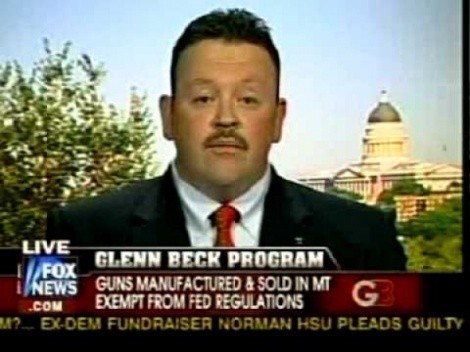 Carl Wimmer, Inc.
Rep. Carl Wimmer, R-Herriman, has made a national name for himself as a leader of the states’-rights movement. Apparently, however, his political success is a financial burden, so he is demanding payment of up to $4,500 for any speeches out of the state. In many state legislatures and in Congress, elected officials are prohibited from using their position to make money. But, surprise, surprise, it’s not banned in Utah, so Wimmer can legally profit from his public service. It’s a good gig, if you can get it.

Energetic Apology
West Valley City Mayor Mike Winder apologized for appearing in an “advertorial” for EnergySolutions, in which he touted his elected position as mayor. To his credit, Winder was transparent about his conflicts of interest in the ad and maintains he did not make any money because of it. But, he has received campaign donations from the waste company, and the communications firm he works for has contracts with ES. Winder now joins a growing ranks of politicians and public figures who find themselves tainted by their support of ES, despite the company’s continued efforts to find a champion Utahns will embrace. At least Winder was humble enough to acknowledge his mistake, something all too rare among elected officials.

Fire Away
Utah’s concealed-weapon permit has become a national sensation. According to an article in The Salt Lake Tribune, the number of “gun-safety” instructors that teach the required class for a permit has gone from 926 to 1,123 in less than a year, with many of the instructors not even residents of the state. Also in the past year, more than 35,000 permits have been issued, bringing the total number of permit holders to almost 250,000. It’s not surprising, considering that getting a permit doesn’t require proof that a person can shoot straight. Just for fun, substitute the words “concealed-weapon permit” with “driver’s license.” You now have a driver’s license that doesn’t require proof that a person can actually drive, which would be absurd. Then again, a car is a deadly weapon, unlike a harmless ol’ gun, right?