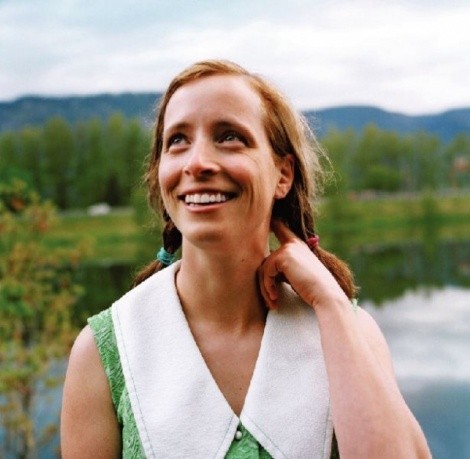 
THE SWELL SEASON, RACHAEL YAMAGATA
Widely pegged as a breakup album, The Swell Season’s Strict Joy is not simply a meditation on the couple’s two-year romance. Audiences treated to a snapshot of their blossoming love affair in Once can rest easy knowing that Glen Hansard and Marketa Irglova maintain a strong friendship and creative union that enables the artists to spend consecutive nights onstage recreating the magic that first endeared them to audiences in ’07. One could, of course, read into songs like “Fantasy Man” and attempt to decipher what the gossip rags don’t reveal, but why fight against the album’s natural flow? It’s easy to get caught up in the music—more full-bodied than its predecessor, thanks, in part, to contributions by members of Hansard’s other project, The Frames. Tonight, expect a blend of stripped-down material plus songs performed with a full band. Arrive early for opener Rachael Yamagata, who tucks ferocious sparks beneath even her most delicate piano ballads. Jeanne Wagner Theater, Rose Wagner Center, 138 W. Broadway, 8 p.m. All-ages. Tickets: KingsburyHall.org

Sunday 11.29
LAURA VEIRS, BLIND PILOT
Outside of her home in Portland, Ore., Laura Veirs is not exactly a household name. This does not mean she is the least talented figure on the Pacific Northwest’s burgeoning folk/rock scene. Her peers sing Veirs praises while she operates largely under the radar. This low-profile existence could very well shift with July Flame (Raven Marching Band Records), a forthcoming release that Colin Meloy is already touting as “the best album of 2010.” Big words from a big cat in the indie-music world. Recorded at her home with producer Tucker Martine (The Decemberists, Laura Gibson, Thao), Veirs’ sixth LP reflects themes of summer and night, permanence versus impermanence, and the importance of staying “soft,” or, less cynical. Numerous musicians help flesh out the album with choral and string arrangements, the occasional mouth-harp solo and vocals. Jim James (My Morning Jacket) even stopped by to lend haunting harmonies like most neighbors hand out cups of sugar. Urban Lounge, 241 S. 500 East, 8 p.m. Tickets: 24Tix.com (music ends at 11:30 p.m.)

CAGE
On paper, Cage’s “I Never Knew You” almost seems like a love letter, but when the words come dripping out of the New York emcee’s mouth— then your stomach starts to turn. His delivery is even more potent in person, his eyes bulging and lips brushing against the microphone as he lunges into each line: “It’s like the sky opened and God handed you directly to me.” “Me,” as in stalker-turned-killer. The track is amplified by eerie synth and angry guitar whose combined effect drives the unsettling vibe of Depart From Me. The Definitive Jux release offers more of the artist’s autobiographical introspection, a quality that gets some critics’ eyes rolling, but with a life like Cage’s it’s probably better to just let it loose—no matter how many records it takes to purge those demons. A former drug addict and one-time ball of misogynistic hate, his lyrical content reflects a spiritually and physically transformed individual who still comes off like a loaded gun. Urban Lounge, 241 S. 500 East, 9 p.m. Tickets: 24Tix.com

Wednesday 12.2
THE GROUCH
On his latest solo album, Three Eyes Off the Time (in stores Dec. 8), Living Legends co-founder The Grouch attempts to rise above technological dependence. His advice to “print it out and read this” defies short attention spans and abbreviated word count. But the Bay Area emcee isn’t completely out to lunch, sleeping on crucial trends while his contemporaries make mad money off of online sales. The 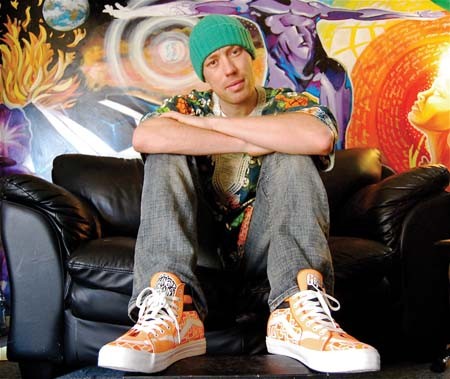 Grouch blogs. He Tweets. With Time, he simply advises us to take a breather, sit back and soak up art for art’s sake. As he reminded us in ’08, “You ain’t artsier than me/ ‘cause you speak real soft and drink Chai tea.” Emerging hip-hop artists Fawshawn and Exile are on board The Grouch Stole Christmas tour, whose stops double as charity events. Bring a gift to donate to the local Toys for Tots—something tangible the kids can hold onto. Urban Lounge, 241 S. 500, 9 p.m. Tickets: 24Tix.com