Caroline in the City, Crowley, Let the Right One In, Role Models & The Starter Wife 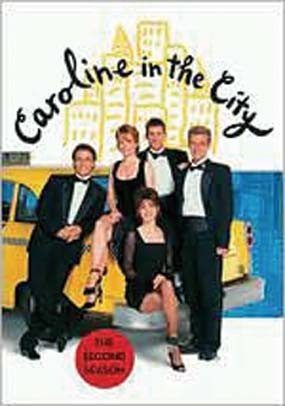 Caroline in the City: Season 2
Back in the ’90s, kids, NBC cranked out sitcoms about wacky Manhattan singles by the barrelful—this was one of ‘em. Caroline (Lea Thompson) was a cartoonist in the city; she had a circle of equally single pals; comedy gold. (Paramount.com)

Let the Right One In
It’s creepy, preteen vampire love when Oskar (Kare Hedebrant) falls for a goth girl (Lina Leandersson) who turns out to be a real bloodsucker. Not to be confused with Twilight, which is neither creepy nor preteen, just annoying. (MagnoliaEnt.com)

The Starter Wife: Season 1
The further adventures of former Hollywood wife Molly Kagen (Debra Messing), even though she ran out of real adventures in the first two hours of the previous six-hour miniseries. Anyways … her hair looks fabulous, right? (NBCUni.com)