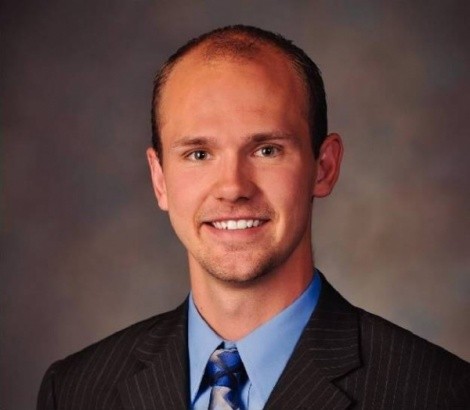 Casey Anderson is pursuing a Ph.D. in constitutional law at George Wythe University in Cedar City. When not cracking the books, he is running for the Republican nomination for Congress in Utah’s 2nd District in 2010.

A lot of George Wythe University students tend to come out strongly libertarian. Why is this?
Most Americans, and certainly most Republicans, have strong liberty-oriented principles such as limited government and self-reliance. GWU simply gives students the knowledge, education and tools to more effectively communicate the principles this country was founded upon.

Some say that paying taxes is a citizen’s duty. Do you agree?
There is a proper role of government as outlined specifically in the Constitution and our government has exceeded those boundaries. Do I think it is a citizen’s duty to pay taxes for a constitutional government? Yes. Do I think citizens have a duty to pay taxes to pay interest on debt, maintain 700 military bases in foreign counties, fly things into space rocks? No.

As an American citizen, I should have the right to life, liberty and property, and the government’s proper role is to provide justice when those rights are infringed upon. When the government takes more than 40 percent of your property every year, how much freedom do you really have? That 40 percent takes away from my health care, my retirement and my family’s future.

If elected, how would you reform America’s health-care system?
There are two issues: coverage vs. cost. The current health-care debate in Washington is with regards to coverage, but as coverage goes up, so does cost. If you work to effectively lower cost, then coverage goes up. The cost is the system, and working to improve the system is better than trying to get more people covered in a bad system. Medicare parts A, B, D are $34 trillion in the red, so I do not understand why anybody would want to expand this system to the entire country.

In order to reduce costs, we need to address malpractice lawsuits and federal red tape. The first can be easily address by instituting a loser-pays system and tort reform.

There are currently three bills introduced to Congress that will help reduce federal red tape. The three bills are a total of less than 10 pages as opposed to the 1,000plus disaster that other politicians are promoting.