Catching Up With DJ Matty Mo 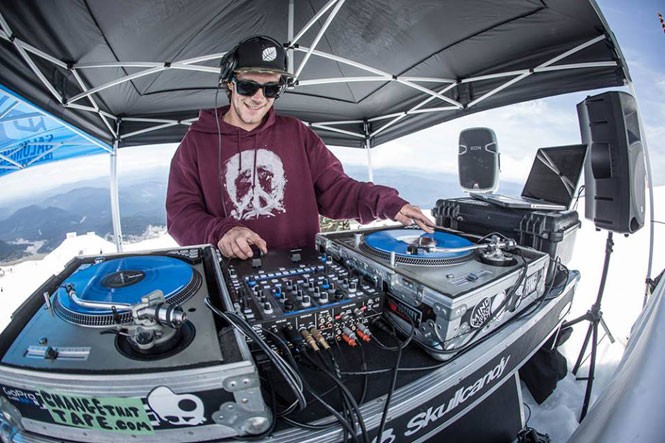 "Before I played any music, I grabbed the mic and knew I had to hype up the crowd," says Matt Moriarty, aka DJ Matty Mo, about his performance at 2014's Twilight Concert Series. "I think it was just verbal diarrhea; I don't even know what I said."

He's just being modest. Hyping up crowds might be one of the things DJ Matty Mo does best. The Salt Lake City DJ commands crowds like Vince McMahon at a pay-per-view event, and it's not uncommon to attend one of his gigs and hear something along the lines of "What's up, y'all?! This is ya boy, DJ Matty Mo! Let's get fucked up!" At that point, you can't help but nod your head and think, "Yeah. OK. Perhaps we should get fucked up."

For Moriarty, performing at Twilight was a massive highlight of the year. After winning the 2014 City Weekly Music Awards (now known as Best of Utah Music) DJ Spin-Off, he threw down a well-rounded set of golden-era rap classics, spanning everything from Das EFX to Mobb Deep in front of one of Utah's largest concert crowds. But the cherry on top was opening for one of his favorite rap groups: Wu-Tang Clan.

"As a New Yorker who grew up on boom-bap hip-hop—that real shit—having that opportunity was mind-blowing," Moriarty says. "I didn't sleep for probably a week beforehand. I was trippin' so hard. I knew how big the crowd would be, and I knew the hype for Wu-Tang. The whole experience was fucked up. It was just so awesome."

Since then, Moriarty has had a busy year. He's shared stages with Queens rapper Action Bronson, racked up a couple new residencies (The Downstairs on Sundays and Gracie's on Fridays) and has been steadily building his regular gig, Willie's Wednesdays at Willie's Lounge.

"I do snowboard contests, special events, different bars and clubs," Moriarty says. "It's a lot, I know. But I like to stay pretty busy."

But he's never too busy to keep upping his game. Between three gigs a week, opening for rappers and shredding lines at Brighton, Moriarty has apparently also found the time to learn about production—a recent photo on his Instagram shows a new MPC surrounded by skulls and keyboards.

"That's something that's been huge in my life right now," he says. "A couple months ago, I really got my lab set up. I've been learning a lot about music theory, chords and how to play the piano—what sounds good and what doesn't. It's been really entertaining. Hopefully it turns into something that is eventually its own lane."

Music Catching up with CWMA bands