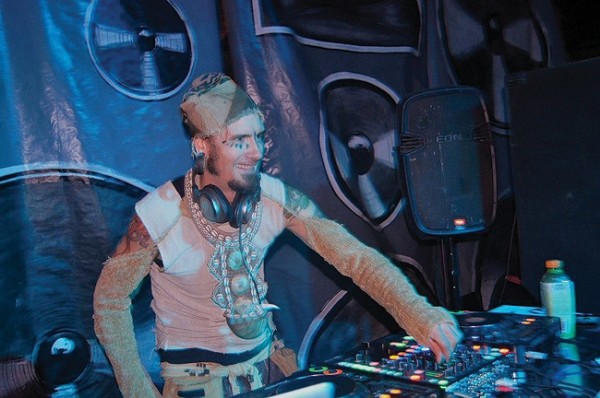 James Loomis’ approach at 2012’s DJ Spin-off was “to mix as tight and fast as possible, which is as risky as it gets, and to incorporate a bunch of my own music.” Loomis—aka illoom—won the DJ portion of the 2012 City Weekly Music Awards. “I wouldn’t want winning to be a popularity contest. I wanted to show that, if this is a DJ battle, this is what I can do.”

At the CWMA showcase, Loomis dropped a dizzying set of dubstep. It’s a genre he’s been on the forefront of since 2004. In 2007, Loomis launched the weekly Liquid Dubwise night—now called Dubwise, held at The Urban Lounge. With its six-year stretch, Dubwise is the third-longest-running dubstep night in North America, he says.

Since his DJ of the Year win, things have continued to blow up for Loomis.

“I’ve hired a booking agent and a manager to pace out my schedule,” Loomis says. “I’ve found myself needing to limit things so I can spend more time in the studio.”

Loomis continues to create in this direction. Now signed to Strictly Dub, Loomis has released three singles this year and is attracting an array of vocalists from Montreal to the U.K. to Jamaica. Not confined to dubstep alone, he’s begun sporadically genre-busting—initially spurred by a 4 a.m. DJ set—into deep, tribal psychedelic grooves that are minimal, deep and rolling. “It’s serious music for the head,” he says.

Loomis has also begun pursuing other facets of the industry, mainly production—“That’s what really takes you places”—because the DJ market is oversaturated.

%u2028“Back in the day, if you could transcribe a book, you were the motherfucker whose book everyone read. But then along came the printing press,” Loomis says, speaking metaphorically about DJs and modern beat creation. “These computer-software programs are now damn near like a video game.

“As a traditional DJ, I’m viewing these new DJs and technology in the same way that bands probably judged me 10 years ago,” he says with a laugh.

That aside, Loomis sincerely wants to bridge this gap and be a mentor to local up-and-coming beatsmiths. “I know it sounds super egotistical to think about “legacy,” but I’ve been thinking a lot about how to take what I’ve learned and teach it to the new artists,” Loomis says. “I’m starting to look toward the long term, beyond what I’m doing, to what ‘we’re’ doing.”