Catching Up With Westward the Tide

2014's Band of the Year is never the same band twice 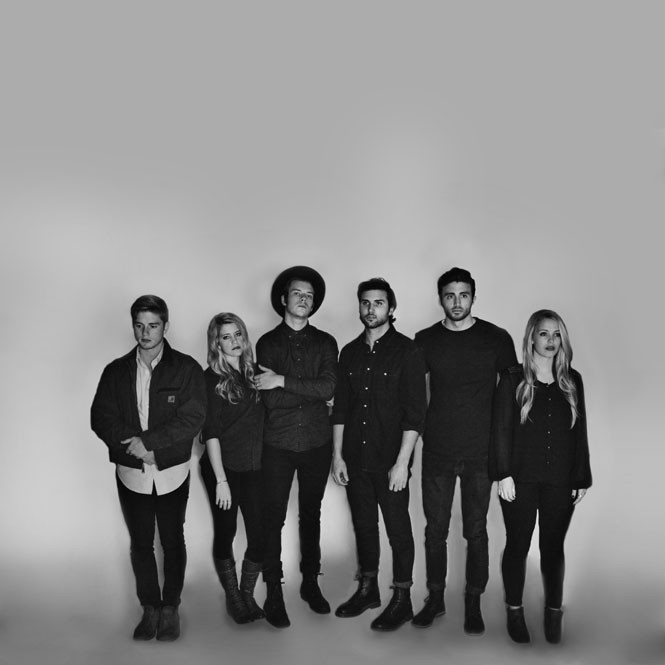 In February, Salt Lake City/Provo indie-rock band Westward the Tide won the City Weekly Music Awards (now called Best of Utah Music) during the local-music showcase's biggest year yet. Not only did the band walk away with the title of City Weekly's 2014 Band of the Year, among other prizes, but Westward the Tide also won an opening slot at the Twilight Concert Series, the first time such an opportunity had been offered to a CWMA winner.

But what stands out for the members of Westward the Tide the most about the experience is the relationships they were able to forge with fellow local bands by playing at the CWMAs, not the accolades and glory.

"Making the connections with all those local bands was one of my favorite parts, playing with all those bands that I maybe normally would have never played with before," says Westward the Tide guitarist, co-lead vocalist and songwriter Jackson Larsen. What he particularly enjoyed, he adds, was "listening to them, getting to hear their music live, and talking to them and getting to know them after."

Over the following months, Westward the Tide got many more chances to get better acquainted with the bands in the local music scene. In support of Westward the Tide's debut full-length album, Sorry Soul—recorded with singer-songwriter/producer Joshua James at Willamette Mountain and released in March—the group brought high-energy performances to numerous local stages over the summer. Westward the Tide seemed to be everywhere: the Utah Beer Festival, Craft Lake City, Velour's Cowboys & Indies, Provo's Freedom Festival and more. "It was packed, it was nuts, but it's what we wanted," Larsen says.

One significant outcome of all that stage time was that Larsen and the rest of the band—Kaitie Forbes (co-lead vocals, guitar), Cam Brannelly (drums), Cole Herrmann (bass) and Megan Larsen (backing vocals, keys, tambourine)—began experimenting more with how far they could push the envelope during live performances. "It's mostly just, 'OK, what can I challenge myself to try and make different this time that will be crazy fun, hopefully, and not a disaster?'" Larsen says. From toying with the endings of songs to inviting supporting bands onstage during finales, Westward the Tide made good on the goal that no two shows should be the same.

"I just don't want to feel like I'm going through the motions or whatever," Larsen says. "I'm there and [the audience is] there, and it was a thing, and once we're gone, that'll never happen again. You come to another show, you have no idea what's coming."

Fans will experience a similar sense of surprise when they hear the new music Westward the Tide has in the works, which, "music-wise, energy-wise, lyrically, everything, is genuinely us as us gets," Larsen says. Compared with Everything Is, the band's 2013 EP, Sorry Soul is darker and meatier, and Westward the Tide plan to continue striking new ground with their next record, which they'll be traveling to Los Angeles in early January to record.

As Westward the Tide pass the torch to the 2015 Band of the Year, they advise the next winner to embrace Best of Utah Music's sense of camaraderie, not competition. "If you get there, don't sit in your corner and do your thing and hope you win, and then go off," Larsen says. "Because the relationships that you make with those people a lot of times will even benefit you further than if you just won some competition.

"For us, winning was amazing, and the people we got to meet and become friends with, even more amazing."