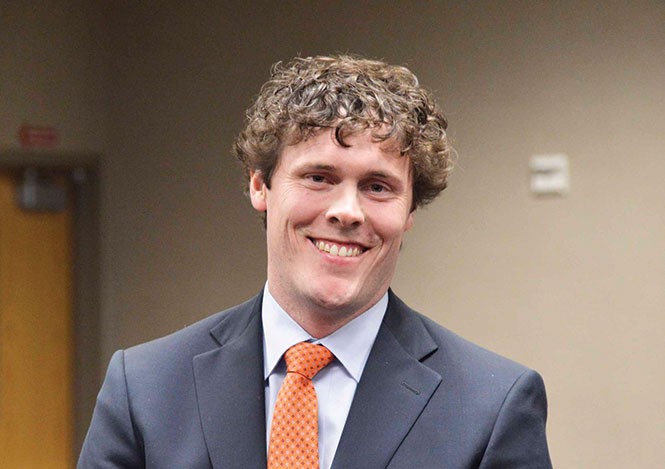 At an early November 2015 meeting in a mobile-office next to West Lake Junior High, principal Ike Spencer explained impending changes at the Title 1 school to a group of Latino parents. Through a translator, he told the dozen Spanish-speaking mothers that as of the next academic year, the seventh and eighth grade West Valley school would be receiving around 100 students from Neil Armstrong Academy, a Science Technology Engineering and Math (STEM)-focused school, also in West Valley City. In order for graduates of the K-6 grade school to continue their STEM education, West Lake was going to become a STEM school.

Neil Armstrong's principal Tyler Howe says the school he opened in the summer 2013, "teaches all of the Utahcore standards through the process of inquiry. [STEM] really has the goal of helping kids learn to be more critical thinkers."

West Lake Junior High has a reputation as a tough school, if not the toughest in Utah, due to its faculty grappling with high levels of gang-affiliation, absenteeism, truancy and teen pregnancy.

While, in 2014-15, West Lake was the only Title 1 school to have growth in every academic area, progressing from an F to a D in state tests, it still was not reflecting the scores of schools statewide that did not have its 90 percent low-income population, a fifth of whom are English language learners.

Howe says the school's community council at Neil Armstrong "were very informed of what the thinking was," as to the creation of a new STEM junior high for their children to go to. The parents at West Lake, however, were mystified as to why Granite School District (GSD) had not consulted them about what they saw as a radical change to their children's school. Howe says he never met with West Lake's community council, "but my understanding is they were part of that discussion."

If that were so, the change was certainly news to the parents in November 2015. And Principal Spencer didn't have an answer for them as to why there had been no consultation. This was in marked contrast to the two prior significant changes the school had undergone, namely extending the length of some classes and the departure of the ninth grade to nearby Granger High two years ago. Both issues were discussed and voted on by the school's community council, after input from staff, students and parents. "It was a different format this time," Spencer said dryly. "I hate to be thinking the reason this happened over here is they think people don't have a voice."

But along with the shift to STEM, West Lake was also earmarked, in tandem with nine other low-performing GSD schools, for "turnaround." The state designation of West Lake as a "turnaround" school means that a consulting firm will be paid by the state to advise the school on how to improve its performance in the very areas that STEM focuses on, namely science and maths.

Spencer told the perplexed parents that children who come to West Lake typically have reading comprehension levels of between second- and fifth-grade level." From what I know of STEM, that curriculum comes with the understanding that you have to have at least junior high school abilities," Spencer says.

Turnaround also makes West Lake eligible to apply for a school improvement grant, money that Granite spokesman Ben Horsley says the district would be negligent if it did not pursue. While the school has not yet been approved for the grant, to make it eligible, Spencer and his assistant principal have to be replaced, along with at least 50 percent of the staff. All West Lake's faculty have to re-apply for their current positions, a situation that Spencer says, "has put morale at an all time low." If they leave West Lake, they are guaranteed work elsewhere in the school district, though not necessarily what they were teaching at West Lake.

Spencer was the focus of a City Weekly cover story (April 3, 2013), titled "A Lesson in Change." The story charted Spencer's struggles with some of his faculty over introducing approaches to teaching that reflected the challenges and diversity of the student population. But staff fear that West Lake's culture and its at-risk students will become a casualty of Utah's ongoing commitment to making the state more competitive through promoting science and math curricula. In 2013, the Legislature approved a $10 million appropriation for the STEM Action Center, which focuses on improving science, technology, engineering and math education statewide. "It feels like they are trying to erase West Lake and replace it with Neil Armstrong Junior High," one staff member says.

A City Weekly reporter spoke to six teachers and staff at West Lake about the impending changes. Teachers complained of "lack of due process," and increasing distrust among both their ranks and parents of the district's motives. None of the faculty would go on the record, expressing concern over possible retaliation.

GSD's spokesperson Horsley says the decision to bring STEM to West Lake, which celebrated its 50th anniversary two years ago, came about because parents at Neil Armstrong were "freaking out, not to put it lightly," that their children did not have a STEM junior high to go to. While land had been purchased adjacent to Neil Armstrong Academy (NAA) for a junior high, the GSD board decided, "let's renovate one of our existing schools," Horsley recalls. "We could spend less and still get the same bang for our bucks." That said, he adds, the NAA parents "didn't want us to put lipstick on a pig. They didn't want us to go in and just put minor renovations."

Horsley dismisses concerns over a lack of dialogue with West Lake. The change to STEM, he says, was "an administrative decision. Frankly, we're responding to constituents' concerns."

For all the trepidation and concern over the future of the school, its staff and students, some teachers view the changes as positive. One teacher says she is excited. "If STEM can make them successful, get a higher graduation rate, get them out of gangs, why shouldn't these underprivileged kids get an advantage?"

A Level Playing Field
Spencer is being replaced by NAA's principal Howe, who was appointed to the already renamed West Lake STEM in early December 2015. Howe began interviewing West Lake teachers in mid-January to see who stays and who goes. "If teachers aren't very comfortable with teaching in a way that allows kids to be a little more in the driving seat in inquiry," he says, "they may not be interested in applying."

Utah State Office of Education data for 2015 reveals disparities between West Lake 922-strong student body and Armstrong's 813-student population. While West Lake has 80.5 percent ethnic minorities and 87.6 percent of its children come from low-income families, Armstrong's ethnic minority and low income population is roughly half, at 41.2 percent and 41 percent respectively. The district, however, has ignored such differences, teachers say, highlighting instead that half the children at Neil Armstrong come from within the West Lake school boundaries. "They want to lean on the fact that since the school is in the same boundary, it is the same kids," one staff member says.

Howe argues that the inquiry-driven process of learning at the heart of STEM "is the kind of approach that is best for a large diversity of abilities. In many ways, it levels the playing field. There is no longer one right way to think about things." That includes children who are English language learners (West Lake, 20 percent; NAA, 10 percent), who, he says, "can draw on the chatter and activity around them," to understand what's going on in a STEM class.

Make or Break
Howe graduated from eastside Skyline High when Spencer was assistant principal there in 1998. While Spencer grew up in East Compton in Los Angeles, Howe was born and raised in Utah. He comes from a family of educators—his sister taught at Skyline from 2004 through 2007*; his mother, Gail Howe, is currently director of elementary schools for Granite—and at 36 years old, he already has five senior administrative positions under his belt prior to West Lake.

One factor that Howe will have to address is technology. Teachers complain the outdated technology breaks down on a regular basis. Another concern is that very few students have access to computers at home. Howe acknowledges that such "logistical challenges," are important and points to students' access to cell phones as something he and the school will capitalize on, so that "technology is opening doors and not closing them."

Several teachers are unconvinced, saying that students are too busy with supporting their impoverished families after school to have time for homework. One teacher suggests that rather than spending funds acquired through turnaround on giving the school a face-lift, as has been proposed by the district, "why not get free and reduced Internet into [students'] homes?"

Granite School District's director of resource development Mitch Nerdin is excited about both "turnaround" and STEM, which he says will work in tandem to improve the school's grades. Howe will start with a faculty that he has hand-picked for the job and who therefore buy in to his vision. Such an approach is "a monumentally fast and effective way to get change to happen," Nerdin says.

Nerdin expects that the school make-over will include employing education strategies "that have the potential to overcome the lack of home support common in high-poverty areas. I don't expect West Lake to go from a D to a C. I want it to be a B or A school. We're looking for massive improvement."

While some teachers and parents may "feel they are being trodden over," Horsley says GSD's leadership certainly doesn't feel that way. "We are between a rock and a hard place when it comes to West Lake," he says. "We need to make significant gains here."

One veteran West Lake teacher offers a warning to teachers coming to West Lake STEM. "I feel a little bad for some of the teachers who will be hired into the school thinking, 'Hey, I'm going into a STEM school,'" only to encounter what she calls "tough kids" who don't speak English, or won't meet their gaze. "It's going to take some pretty awesome teachers to make this STEM school successful. I hope with all my heart it works, for the students' sake."

* Editor's note: This story has been updated from its original version to correct the fact that Tyler Howe's sister taught at Skyline High just for the period 2004-'07.