At the Salt Lake City mayor's office, Fatima Dirie helps refugees make the city their own. 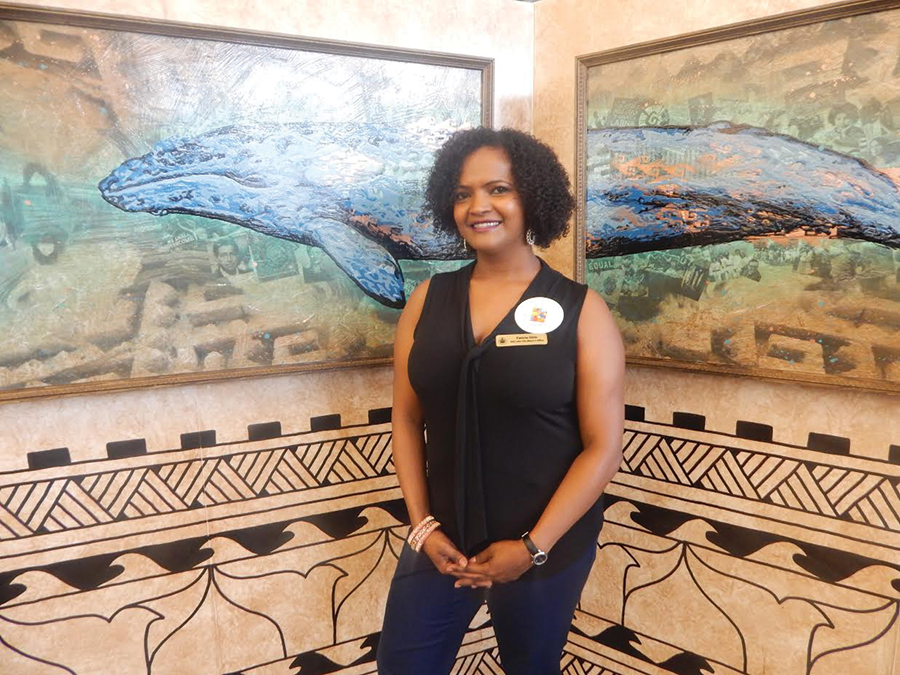 Elie Kamungu, a Salt Lake-based refugee from the Democratic Republic of Congo, was passing the time on his phone one day this summer when he received a notification from a local education support group called the Future Scholars of Africa.

"I got a message on Facebook—bam!" Kamungu says. The young soccer player, known among his peers for his larger-than-life personality and bright sense of humor, has lived in Utah for five years. But he'd never before heard of the FSA. Now, all of a sudden, they were adding him to their Facebook group, reaching out to explain that he was their newest recruit.

"It was weird," the 22-year-old recalls. "I'm, like, 'I'm not even in this system, what is going on? Maybe they put the wrong person by accident!'"

And that's how Kamungu came under the wing of Fatime Dirie.

The Future Scholars of Africa is one of a seemingly endless array of initiatives championed by Dirie, the official refugee community liaison of Salt Lake City. A senior advisor to Mayor Jackie Biskupski, this cheerfully unstoppable city official has spent the past 15 years working to build links between local institutions and refugee communities across Salt Lake.

Dirie is a fixture at every local refugee-related cultural event, plying state lawmakers, law enforcement officials, schoolchildren and volunteers with food and dance to help them better understand the diverse cultures that have found their way, through strife and circumstance, to Utah. She also works behind the scenes, lobbying for greater support and representation for refugee populations in public schools, governance boards and public safety departments.

"Most people have this assumption that refugees are just coming to live on welfare. But really, a lot of them are starting businesses. They're paying taxes. They're becoming citizens. They're becoming first-time home-buyers ... They're also constituents of these elected officials," Dirie says in an interview at a café in the City and County Building.

"My vision is to change the city and make it reflect the community," she adds. "In order to make that happen, the community has to trust the systems."

"[Dirie] is somebody that is very well-respected amongst many different cultures in the refugee community, and she has been a very strong partner with outside organizations." —Mayor Jackie Biskupski tweet this

The Beehive State has welcomed refugees for decades. Each year, hundreds of new arrivals from conflict-torn countries like Syria, Somalia, South Sudan and Myanmar settle here. A robust network of case managers, educators and volunteers helps them along as they get apartments, learn English and adapt to their new surroundings.Still, many agree that these efforts wouldn't be as effective if it weren't for people like Dirie. Born in Somalia and raised in Utah, she navigates social and political spheres that in some cases would seem, quite literally, worlds apart.

"If there is an issue and you call her and talk to her about it, she will step up until she finds a solution. She will work hard for it," says Adhal Awan, a close friend of Dirie's who works as a case manager at Catholic Community Services, one of two international agencies with offices here that resettle refugees. "That's why a lot of people now really rely on talking to her. She is our No. 1 contact."

Dirie was born in Mogadishu, Somalia's capital. Her family comes from Baraawe, a port city on Somalia's southern coast that's historically been a center for trade and Islamic scholarship and is also famous for its specialty breads and regal hats worn by tribal elders. Today, Dirie still speaks the Baraawe dialect, Chimwiini. She's also fluent in Somali and Swahili, and she reads the Quran in classical Arabic—language skills that become crucial as she keeps an eye on forgetful schoolkids and connects families with city resources.

"A lot of times with the refugee community, it's about relationship more than about what you have to offer," she says. "If you have resources, they might not come for it. But if they have a relationship with you, or they have someone that they are comfortable with, they're more likely to come access it."

In the early '90s, her family fled to Kenya when a civil war broke out after the fall of Somali President Siad Barre. Dirie was just 9 years old when she arrived in Utah—after five years of waiting and undergoing an extensive vetting process, her family finally got a spot to come to the U.S. They chose Salt Lake to join Dirie's aunt, who had just arrived a month earlier.

Dirie started volunteering at the Asian Association of Utah's Refugee & Immigrant Center when she was still attending West High School, and began a career in social work after graduating. She earned her master's in social work at the University of Utah in 2014, and served as a community organizer and case manager for 15 years. She ended up at the mayor's office in 2016, after approaching the newly-elected Biskupski about a possible opening for the city's refugee liaison position.

The refugee liaison is a full-time post originally created by former Mayor Ralph Becker as an outgrowth of an AmeriCorps volunteer program run by the mayor's Office of Diversity and Human Rights, according to Chelsea Eddy, who served as Becker's first liaison. When Dirie took over, she soon made crucial contributions to programs like Know Your Neighbor, in which local volunteers offer friendship and guidance to refugees they're paired with.

"[Dirie] is somebody that is very well-respected amongst many different cultures in the refugee community, and she has been a very strong partner with outside organizations," Biskupski tells City Weekly.

The number of refugees coming into the state has dropped drastically under President Donald Trump, who has downsized the federal government's refugee resettlement program. The state usually can take in as many as 1,200 refugees annually, but only 420 arrived in 2018, according to Asha Parekh, division director of Utah's Refugee Services Office.

But Utah's political support for refugees remains steady. As Biskupski's term winds to a close, the two candidates running to replace her both support the idea of keeping a refugee liaison position on staff. In a brief interview, City Councilwoman Erin Mendenhall says a refugee liaison would play a crucial role in helping coordinate the 2020 census and maintaining initiatives focused on community building and economic access. In a separate phone chat, Sen. Luz Escamilla says she would like to see an official like Dirie working on policy, helping integrate the needs of refugees into how city government operates.

Dirie's biggest impact so far seems to be in the communities she serves. In the months since he joined the Future Scholars of Africa, Kamungu has been working with Dirie regularly. He appreciates the way she builds up young people like him, her own efforts offering a model for success.

"It gives you a little hope," Kamungu says. "We know that we have someone in the system who's going to be looking over us, who has almost the same story as us, someone who understands us. You don't have to explain yourself anymore because she's already going to know how it was and how it is."