An energy bar made of, yep, bugs 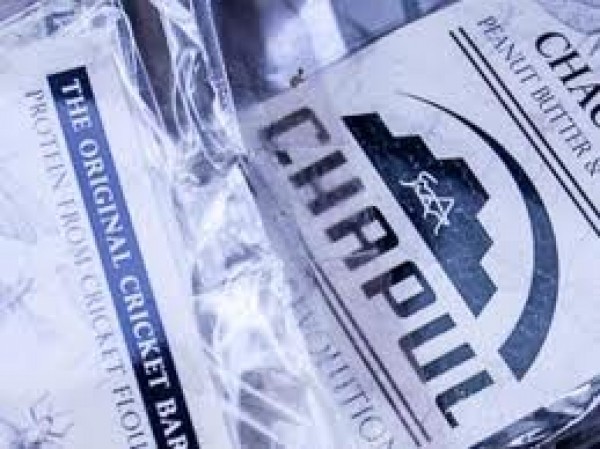 Pat Crowley—founder and visionary of Chapul, a new company making energy bars in Salt Lake City—wants to feed you bugs. Not because he’s a schoolyard bully holding your face in the dirt, but because he thinks it’s the right thing to do.

Inspired by a 2010 TED talk by Marcel Dicke titled “Why Not Eat Insects?” Crowley set out to create a tasty, nutritious and accessible retail food product made with crickets as a major ingredient.

Between the arguments laid out by Dicke and his own research from the perspective of his day job as a water-resource manager, Crowley was sold on the idea of insects as a nutritious and environmentally sustainable food source. The main hurdle he saw was the psychological one: Most people just think the idea is kind of gross.

Crowley’s solution is to dry the crickets and mill them into an innocuous flour that is nutrient-dense, especially as far as protein is concerned. The flour is then used to bake a bar largely indistinguishable in appearance and in “Nutrition Facts” from a big-name commercial product you might throw into your backpack for a day hike.

Except that they’re actually much better. I tried two flavors—the Thai Bar with coconut, ginger and lime, and the Chaco Bar with peanut butter and chocolate—and both had a much fresher taste and less-processed texture than I’m used to with brands like Clif Bar.

For now, you can find Chapul bars at Cali’s Natural Foods in Salt Lake City. They are also available as part of a Kickstarter project that can be found at Chapul.com. When you do buy Chapul products, 10 percent of profits will go to support sustainable water projects around the world.

So psych yourself up a little and try a Chapul bar. They’re local, they’re delicious, they’re socially conscious … and they just happen to be made of bugs.