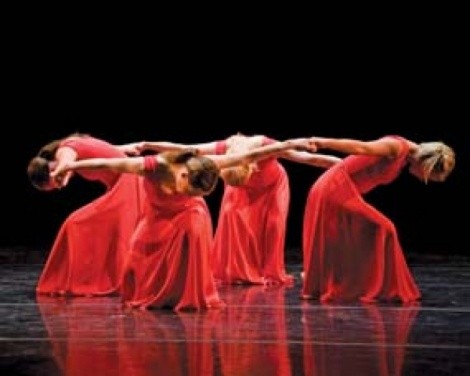 As far as inherent drama goes, it’s no Hell’s Kitchen; luckily for all those involved, there’s no mean-spirited Gordon Ramsey-esque host either. But still, Repertory Dance Theatre’s Charette is improvisational entertainment aplenty—lack of hellfire be damned.

Now in its fourth installment, this annual creative competition is designed to crown one lucky artist as Utah’s “Iron Choreographer.” The recipe for the evening is simple: Take six noted choreographers (Jacque Lynn Bell, Marilyn Berrett, Cynthia Fleming, Raw Moves’s Natosha Washington and the combined choreography of Aaron Wood and Sarah Donohue of the company My Turkey Sandwich), a splash of celebrity judges (Bill Allred from X96, Ballet West’s Peter Christie, Janet Gray of Janet Gray Dance Studios and performance artist/producer Gary Vlasic), add 30 skilled dancers, a secret ingredient and thoroughly mix with verve and a bit of zest. Let the resulting concoction marinate for an hour or so, and voila! Modern dance magic.

Designed as a fund-raiser for RDT, Charette has become a fun way for audiences to get a behind-the-curtain look at the scrappy creative process of choreographing top-notch dance works in record time. As an added benefit, while the choreographers are knee-deep in their creative competition and audience participants are encouraged to wander from studio to studio, delicacies from more than 15 of Salt Lake City’s best culinary establishments—including The Dodo and Gastronomy—will be served.