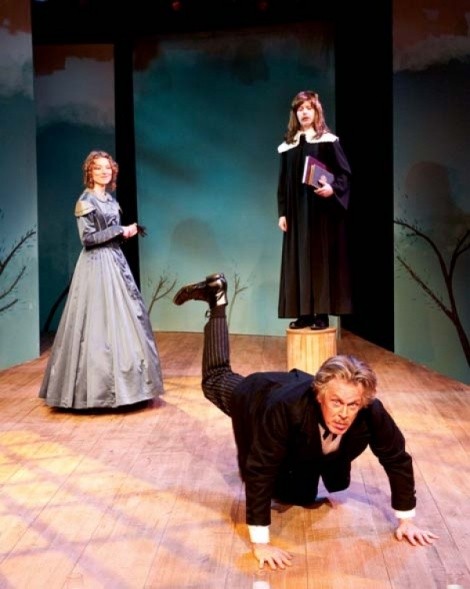 Kathleen Cahill’s new play about proto-feminist and transcendentalist Margaret Fuller (Cheryl Gaysunas), in a world-premiere run at Salt Lake Acting Company, is aptly titled. The entire production is so darned endearing that you just want to put it in your pocket and give all the characters a big hug.

Not that this is cutesy, lightweight material, mind you. The story of Fuller—whose many accomplishments and intriguing biography would require more space than I have here—is one of frustration, disappointment and tragedy. Her education and progressive views, while allowing her historical milestones, also limited her personally. As she says in one of the show’s typically witty lines, “My father taught me Latin. I find it to be an excellent form of birth control.”

That is what makes Charm work so well. Rather than a staid, by-the-book period biography, Cahill’s script is full of whimsy, self-conscious wink-nudge humor and clever anachronisms, and generally is vibrating with fun. Even in its darkest moments, Charm goes for laughs while maintaining integrity.

Artistic license and excellent performances abound as Fuller interacts with the better-known male members of the Transcendentalist movement like Henry David Thoreau (Robert Scott Smith), Orestes Brownson (Max Robinson), Nathaniel Hawthorne (Brik Berkes) and Ralph Waldo Emerson (Nicholas Wuehrmann) in a perpetually evolving meditation on the nature and gradations of love, in addition to Fuller’s professional struggles as a female writer and thinker in the 19th century.

Well worth the price of admission, Charm is a fresh, fun and informative piece of original theatre.