A French wine for winter 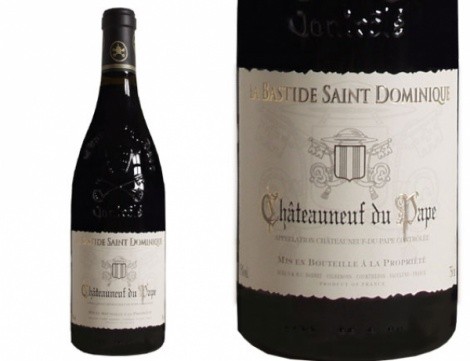 A few years ago, I visited more than a dozen different wineries in Chateauneuf-du-Pape, a village near Avignon, France, where Pope Clement V resided in the 14th century. Thus, the name Chateauneuf-du-Pape, or the “new castle of the Pope.” The wine named after the Pope’s palace is one of my very favorites. It’s made from three principal grapes: Grenache, Syrah and Mourvedre, although French law allows for 13 grapes to be used in making Chateauneuf-du-Pape: Grenache, Syrah, Mourvedre, Picpoul, Terret, Counoise, Muscardin, Vaccarese, Picaridin, Cinsault, Roussanne, Clairette and Bourboulenc.

What’s it taste like? Well, words like “big,” “meaty” and “opulent” are often used to describe Chateauneuf-du-Pape. But, also “silky” and “soft.” Big, powerhouse styles like Guigal are often considered to be “gamey.” Like I said, they pair especially well with grilled and braised meats and stews. In Chateauneuf-du-Pape wines, the Mourvedre delivers power, tannin, acidity and some herbal flavors, while Grenache softens things up and gives the wine a plummy tone. Syrah imparts ripe blackberry flavors, tannin, smoke, chocolate and even pepper. Sound intriguing?

It is. Generally speaking, Chateauneuf du Pape is not a wine to be drunk young. Great ones don’t begin to hit their stride until after about 10 years or so. I recently opened a 1989 vintage, which was a great one, and it still had enough fruit left to be very satisfying, although it had clearly peaked and was headed downhill.

When buying Chateauneuf-du-Pape, look for estate wines, which have a papal coat of arms embossed on the bottle. Some of my favorite producers are Beaucastel, Bosquet des Papes, Rayas and Grand Tinel. Here in the Utah wine stores, you can find a decent selection of Chateauneuf-du-Pape, including bottles by producers such as Beaucastel ($106.88), La Nerthe ($42.57), Guigal ($51.99), Vieux Télégraphe ($79.99), Perrin ($35.99) and Domaine Marcoux ($30.81). And, here is a hot tip for bargain hunters: Coudoulet de Beaucastel sells for only $29.99 and is made by Chateau de Beaucastel—the grapes come from an adjoining vineyard (literally across the street). Hence, Coudoulet is often called “baby Beaucastel.”