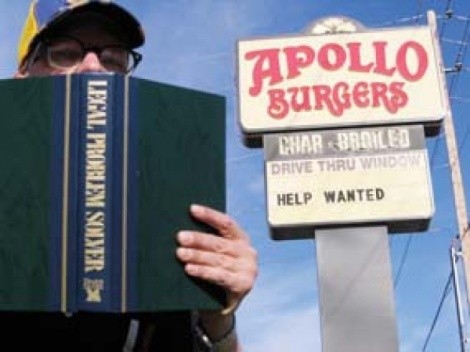 Each year, I can’t help but feel slighted when my parents put out the Jacobsen Family Christmas newsletter. “Phil is happy his sister is a dentist,” my list of accomplishments began this year, “Because this means he gets free dental care and lots of nitrous oxide. And now that his brother Brad is a partner in his Salt Lake City law firm, Phil won’t need to use a court-appointed attorney. Ha ha.”

Needless to say, I was happy to hear my brother was quitting his job on the 17th floor of the Wells Fargo building. He was giving up a partnership in a prestigious law firm and becoming unemployed; I thought I finally had my chance to “one up” Brad.

We’ve had this brotherly back-and-forth volley ever since he graduated from New York University School of Law. He’ll call and say, “I took a company public today. What did you do?”

And I’ll say, “I went to the public library because they have free Wi-Fi.”

When Brad became chairman of the securities law section for the Utah State Bar, I was happy because my unemployment benefits had been extended for an additional three weeks. Basically, if my brother ever becomes the president of the United States, my place in history will be secure—right behind Billy Carter and Roger Clinton.

It shouldn’t have come as a surprise, but it did, that Brad actually had plans beyond unemployment. But he didn’t explain this to me until I called to zing him with one of my most recent accomplishments.

“I was mentioned on somebody’s blog today,” I said. “They think I have a ‘Peter Pan’ complex. Which can only mean they think I’m smooth like peanut butter. Zing. What did you do today?”

“Well,” he said, “after I was mentioned in the chamber’s guide as a top lawyer for the second year in a row, I decided to join a small law firm, Vantus Law, and one of my partners is only Michael Ziouras.”

The Ziouras family owns the Apollo Burger chain, which has 10 locations around the Wasatch Front. After Brad said he had teamed up with a Ziouras, I knew what was coming next.

“Our parents are flying in tomorrow,” Brad said. “Dad wants to eat at Apollo Burger.”

They didn’t fly here just to eat at Apollo Burger. It was under the guise of celebrating my brother’s new law firm, but we both knew the reality. Growing up, we had three tiers in our food pyramid: Coke, french fries and hamburgers. For my dad to have one of his own kids working with a Ziouras, it was comparable to being a co-worker of Ray Kroc or God.

Fast food holds a special place in our family. In the morning, it’s called breakfast. Around noon, it’s lunch. Graduations, starting our own dental practices or law firms, or getting an extension on unemployment always meant we’d get to supersize. 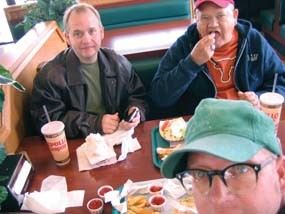 As we walked through the doors of Apollo Burger, Brad said, “Don’t embarrass me, Dad.” It shouldn’t have come as a surprise that he did. “I’ll have an Apollo Burger,” Dad said, “and a side of Ziouras. Oh, sorry, I meant onion rings. And I’ll have a 22 Ziouras Coke. Oops—22 ounce. And do you have Ziouras sauce? Sorry, fry sauce. It’s just that my son, the lawyer, works with Michael Ziouras. I’m old. I get confused.”

Even though Brad tried to convince our dad that he didn’t get any more onion rings or a larger hamburger by name dropping, Dad overruled this objection. “No one is contractually obligated to serve that many onion rings,” Dad said. “We definitely got a Vantus Law portion.”

As we left Apollo Burger, my dad wiped his spilled Coke off the table with a copy of City Weekly. “It’s a good thing someone left this newspaper on the table,” he said. “By the way, Phil, have you found a job? I don’t ipso facto think so. Ha ha.”