Cheap Shot | Have You Seen Poopy? Este Pizzeria delivers pizzas, but not cats. 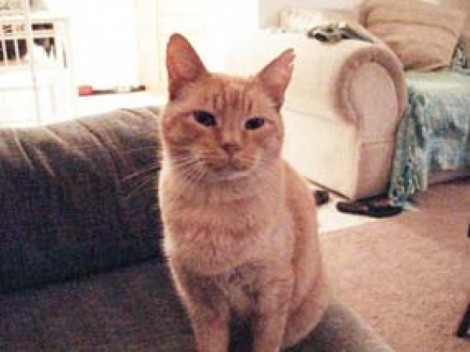 It’s kind of like a math equation: If a cat with four legs has an average territory of 1 square mile, then how far can a three-legged cat travel in two weeks? One block, two blocks? Red fish, blue fish. Now, add to the fact this cat with three legs is also missing his tail. Aside from cutting down on wind drag, does this also limit his roaming range?


OK, begin looking. His name is Poopy. This means for the past week, I have been walking up and down the streets of Sugar House yelling, “Poopy!” Asking people, “Have you seen Poopy?” And wishing Lisa had named her cat “Princess.”

The only benefit to Lisa losing a three-legged cat is that the cat has three legs. This isn’t like looking for a blond, blue-eyed girl in Provo. This is not a cookie-cutter cat. The mold that made Poopy was not broken after Poopy was made. No. This mold was broken when Poopy was being made. I don’t have to hold up a photo of Poopy to people out walking their dogs and say, “Take a closer look at the picture. Are you certain you haven’t seen this cat?” But I still do.

“But,” I tried to plead, “the back leg is only partially missing.”

Thanks to two cars, numerous catfights and some great veterinary care at University Pet Clinic, Poopy is like a bionic cat. Except there are no “bionics” for cats, so instead of having a back leg that allows Poopy to jump over cars or a tail that would make Poopy bounce like Tigger the Tiger, Poopy is legless and tailless. But, the wonderful thing about Poopy is he’s the only one.

Anyone who has owned a pet for 11 years knows you don’t need a “handi-capable” animal in order for it to be uniquely loveable to you. If Poopy had six legs, Lisa wouldn’t love him twice as much. This is her cat. This is her baby. People who lose their kids put the child’s face in advertisements delivered in the mail and on the local news. If they’re really smart, they get national media attention. When you lose a cat, its photo goes on lampposts and street signs. A missing cat never gets his picture in the paper.

Last night, as we were canvassing the neighborhood hoping Poopy’s nine lives were only charged against him in proportion to the percentage of the body parts he was missing—a fraction here, a third of a life there—we walked into Este Pizzeria (2021 Windsor St., 485-3699). By our best calculations, Poopy still had two and three-quarters lives left.

After ordering two slices of pizza and a pitcher of the Uinta Solstice Kölsch beer, we were walking to our table when Lisa turned around. She reached into her purse and pulled out a flier with Poopy’s picture.

“I live in the neighborhood,” Lisa said to the cashier. “My cat is missing …”

Most likely, you don’t need a review about Este Pizzeria’s New York-style thin-crust pizza, described by some as the best in Salt Lake City. If you didn’t know this, now you do. “Eat it or beat it.” That’s what Este says. It’s great pizza. I love that Este will not put pineapple on its pizzas.

We didn’t go to Este looking for pizza. We ended up at Este looking for Lisa’s cat. Instead we found the pizza and took comfort in the beer. Beneath the flier of Lisa’s missing cat, we ate our pizza and answered questions as people left Este.

“What happened to his leg?” or “Did you keep his tail?” The kind of questions people don’t normally contemplate when they’re trying to decide if they want anchovies or broccoli on their pizza. In this neighborhood, though, the diners at Este got to think outside of their pizza box. And, possibly, they’ll help to deliver a cat, because Poopy is still missing.