Cheap Shot | I Stop for Caffeine: Gulping big at Maverik and Corner 22 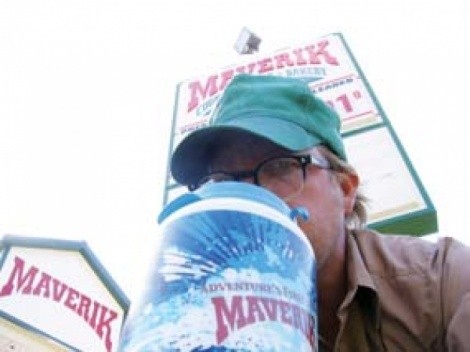 
I don’t need you or any of your coffee-slinging ilk. I heard that Starbucks was going to close 600 stores or 5 percent of its business. Great. What will it take to close the other 95 percent? People like me. That’s what.

You see, I read on the Mayo Clinic Website that the 16-ounce cup of coffee I’ve been drinking every morning has less caffeine than a 44-ounce Mountain Dew. I finally get it. All these people driving around with their ginormous mugs are getting more caffeine than I. And I’m an American! I don’t want less; I want more. I want more caffeine. There’s a reason that close to 60 percent of Utahns think coffee is bad. It’s because they know it’s not bad enough. Suck it, Utah. Suck that straw. 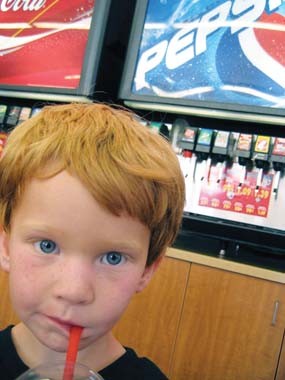 I’m trading in my coffee mug for a 44-ounce insulated mug. Hey Alchemy, there’s more than one caffeine dealer in this town. So goodbye, coffee shops (wimps), and hello prepackaged food, fluorescent lights and rows upon rows of ice-cold soda pop.

In my house, I have more coffee cups than the TV show The View, but what I don’t have is a single refillable insulated mug. I’m a sucker for advertising, so it only made sense that on my new caffeine quest, my first stop would be Maverik Country Store. Maverik advertises that it is “Adventure’s First Stop.” Hey, I’m on an adventure, and this was my first stop. Truth in advertising.

I bought a 44-ounce mug for $5.99 and the first refill was free. Isn’t that just like a drug dealer? The first one is always free. It’s the second one that costs you. At Maverik, it costs 79 cents to refill 44 ounces.

Hopped up on 198 milligrams of carbonated caffeine (there’s only 190 milligrams in 16 ounces of coffee), I wanted more. I was driving to Bountiful. And this is when I learned how Maverik is “Adventure’s First Stop.” It’s because when you drink 44 ounces of your favorite beverage, you’d better hope there’s another Maverik just down the road, because (flush) you’re going to need to stop.

My next fix and pit stop was Corner 22 (2193 Orchard Drive). While it has a smaller selection of beverages than Maverik, it also has smaller prices. A 44-ounce refill (with fresh limes and/or lemons) was only 66 cents. If ounces were gallons, and Coca-Cola was gas, this would be like saving 39 cents a gallon.

I picked up Sam, and while he may not know his left from his right, he did know an uncle’s job was to spoil his nephew. At Holiday Oil (10419 S. 4000 West), there are 53 different beverages on tap, and Sam made a “tornado.” His drink consisted of Diet Coke, Pina Colada Ole and Code Red Mountain Dew, all for 79 cents. Talk about saving money. Even when I went to Disneyland with Sam, he wasn’t nearly this excited and jittery.

Dropping off a very talkative kid, I said to my brother, “He drank milk. Gotta go.” Back at my house, I finished reading the Mayo Clinic article. It said black coffee only has “a couple of calories,” while 44 ounces of Mountain Dew has 605. Suck it, Utah.

Alchemy, I was just kidding. Can we meet for coffee?