Cheap Shot | Misdirected & Damaged: Hard hats for a dollar and other bargains at NPS 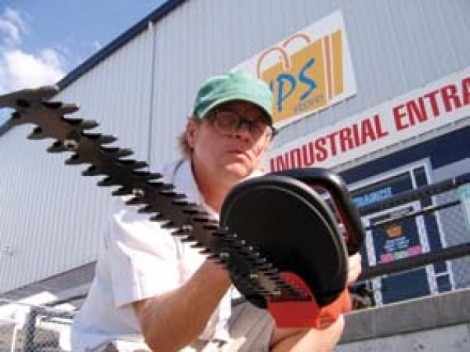 If you’ve got the money, Honey, I’ve got the time. Hello, Honey—get me a beer. Hey, Honey, the dishes are piling up in the sink. Honey? Hello?

Oh, yeah—as it turns out, I don’t have a Honey. I’m single. However, this is going to change, because I’ve made a list of goals I want to accomplish by the end of the year. Goal No. 1: Change my MySpace profile from “Single” to “In a relationship.” Goal No. 2: There is no Goal No. 2. You’ve made it, brother.

With a list of goals to accomplish, I figured I better do some research into what women want. The reason it takes research to get into a relationship is because the best relationships supposedly have “chemistry,” and chemistry involves science, and science needs research. I have tried this approach in the past; unfortunately, the branch of science I seem to have mastered is “chaos theory.” While exciting (and chaotic), the butterflies I seem to find flap their wings too much. And, by “wings,” I mean their mouths.

Lucky for me, in my pursuit to update my MySpace page, I’ve read that women really like a man with a sense of humor. This puts me ahead of the game, because I have a library card, and the library has a “humor” section. I now know 37 reasons why the chicken crossed the road and have committed to memory enough knock-knock jokes to humorously get me through any first date.

First things first, though, and the first date still hasn’t happened. I’ve been trying—like the other night I was at the Republican and I walked up to a woman and said, “Knock knock.” When she said, “Who’s there?” I nearly introduced myself, but then remembered, “Stick to the game plan—humor.” Things seemed to be going well when she said, “Aardvark who?” So I said, “Aardvark across hot coals if you went out on a date with me.” In retrospect, after the string of obscenities that sent me back to my barstool, I should have told her she reminded me of a girl from Nantucket.

Either this was the only woman without a sense of humor or it’s possible I misread something when I typed “How to date” into Google and hit send. Feeling I was missing something, but not knowing what—I went to National Product Sales (NPS). NPS (1600 S. Empire Road) is a large warehouse that sells “misdirected or damaged” freight. After striking out at the Republican, I felt like I could have been put on the shelf in either category.

NPS has everything you don’t even know you need, but when you see their prices, you’ll go broke saving money. Somewhere in this store, I knew there was an item for my dating toolbox. One Website said I should always wear a helmet for protection. They have hard hats for a dollar. There’s rope, tape and chains. I read this stuff can be helpful if you have kinks in your relationship. There are even sporting goods. But I wasn’t looking to hit a home run or go to third base; I just needed to have what women want.

Then I found the indescribable thing I didn’t know I was looking for: A Black & Decker HT2000 hedge trimmer. The box looked like it had been run over by 14 of the 18 wheels of a semi-truck, but the HT2000 was in perfect condition. I’ve never priced a hedge trimmer, but this seemed like a good deal. Or, since I live in Utah, a good “dill.”

At my house, I checked the Internet and found I’d saved more than $40 simply because the box was damaged. Then I researched a few more sites, and I know Goal No. 1 will soon be realized. Come over and visit, you’ll see. I have a very finely trimmed bush.