Cheap Shot | No Pain, No Gain 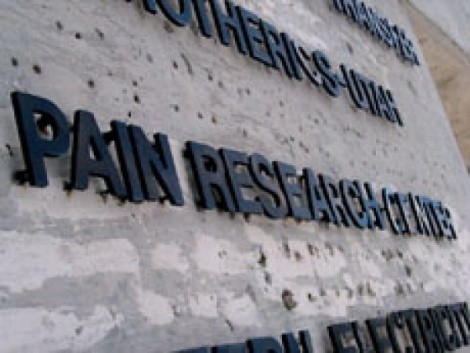 I’d rather not talk about myself and my achievements. Agree, disagree or neutral? The thing I hate about taking personality tests is my fear of failure. What if I flunk? After coloring in 240 question bubbles with my No. 2 pencil, I’m afraid the computer will malfunction due to boredom as it scans my answers.

In the last few weeks, I realize, I’ve let people read that a dog has urinated on my foot, my hair is cut for $5 and I wear pink underwear (for special occasions). These aren’t so much achievements as they are facts. Therefore, I don’t like to talk about myself.

However, if a person doesn’t like to talk about him- or herself, then this must mean they’re boring. I don’t want to have a vanilla-ice-cream personality, so I fill in the circle marked “neutral.”

Next question: It’s often hard for me to make up my mind. Definitely disagree. My mind is like a bed: It’s always made. Then again, my bed is never made. Besides, people who make up their minds seem hasty, stubborn or impulsive. Is this me? I tap my pencil on the table. I can hear my watch tick. It’s taken more than a minute to answer this question. Does this mean, on average, I make up my mind slowly? It’s not like I’m mentally slow. Therefore, I fill in the “neutral” circle.

When I answered a flyer for the Pain Research Center, I wanted to help out for the greater good of mankind. One of those “think globally, act locally.” deals. Globally, I was contributing my body to science as one of the needed 50 research subjects. Locally, my wallet was empty and the ad said I would be compensated for my time.

It’s not like the flyer said: “Paid subjects needed for a pillow fight and lingerie party.” No, this was for the Pain Research Center. I quickly made up my mind that there would be pain, but what I didn’t know was that I was going to be mentally tortured with a personality test. I thought I was going to participate in something easy, like waterboarding.

After I finished the personality tests, Renee said, “Time for the chair.”

Electrodes were placed on my head, in my hair, under my shirt and on other ticklish body parts, like my arm. The thought of pain induced by Renee seemed almost laughable, maybe inviting. She’s beautiful. I imagined that I should take Renee out of this macabre setting she called her “job” and that we could live happily ever after. The only pain she could cause me would be a future broken heart. I also realized I needed to change an answer on my test. Apparently, I do agree with daydreaming.

Renee snapped me out of our white-picket-fence life when she inserted a pain-causing device called a Prick Lancetter into the second layer of skin beneath my ring, index and middle fingers.

Now I realized why Renee called this “the chair.” It was like a La-Z-Boy version of Old Sparky, the Florida electric chair. Time escaped me and I no longer heard the ticking of my watch. I only felt the zap, zap and pow of electricity entering the nerves in my fingertips.

Each jolt was rated on a scale of 1 to 10. A 1 was equal to the feeling you get when you pull your clothes out of the dryer. And a 10 felt like those times my brother would drag his wool-footed socks across the carpet creating enough static electricity to power a small country or shock my ear.

At the end of the test, and living on the cheap, I asked Renee the most numerically important question of the day: “When do I get paid?”

“Three to five weeks,” she said. “Just in time to pay the minimum on your Christmas credit-card bills.”