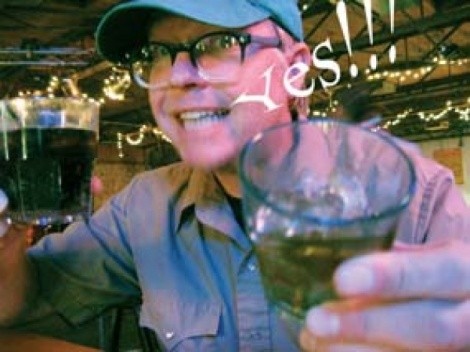 Having sex at BYU is like reading the Kama Sutra upside down. Sex is sex, but you can’t have “extramarital relations” as stated by the BYU honor code. However, when I went to BYU, it seemed like the co-eds I knew who were majoring in elementary education were also getting minors in law. With a little ipso facto interpretation of the honor code, these pre-law Sandra Day O’Connors would do it all, but sex. And yes, I said, “but sex.”

Really, then, it’s not surprising that Utah’s newest liquor law has to be looked at in much the same way I saw the BYU honor code: How can I get around this? Primarily, how can I legally order a double just like I did back in the good ol’ days (last month)? Back when bartenders couldn’t pour doubles, but they could serve “sidecars” of Jack Daniels and let me pour the shot into my own drink.

So, let’s take a look at the new Utah State Legislature law 32A-5-107, mix in some greens, throw in some cherry tomatoes and toss some salad with the Department of Alcoholic Beverage Control.

Even though the new law allows for an increase in the primary liquor from 1 to 1.5 ounces, the reality is most bars are going to continue pouring 1 or 1.25 ounces per shot. This is because patrons cannot have more than 2.5 ounces of alcohol in front of them at any time. Do the math. If you’re allowed to have two drinks, but the total of these two drinks cannot be more than 2.5 ounces, then two drinks with 1.5 ounces of alcohol equals 3. And three is a magic number. It’s the number that will get your liquor license revoked.

However, if your gin and tonic has 1.25 ounces of gin, then you’re still allowed to order one more shot of whatever alcohol you’d like—as long as it’s not gin. If you want a shot of Jägermeister with your gin and tonic, go right ahead. In fact, if you lack common sense or good taste buds, you’re even allowed to mix the two drinks together.

The best way around this law is simple: Get a drinking buddy. If you drink Jack & Coke and your friend drinks gin and tonics, you can order a shot of gin and your buddy can order a shot of Jack. Go to your table and to do a little alcohol two-step I call the “Utah Swicheroo.”

But what if you’re drinking alone? First, I need to make a disclaimer: What you’re about to read is not a story from the satirical newspaper The Onion. It’s actually the new Utah liquor law. I sent the law to the best, and my favorite, contract attorney in Salt Lake City and asked if there was a loophole. He said, “More like a gaping hole.” It’s the word “only.”

Let’s revisit your gin and tonic: If you also order a second shot of gin with a single ice cube or splash of tonic or drop of water, this means your second shot no longer consists only of gin.

Even though I’ve equated the DABC as my personal Death Star, I called the DABC and asked if I was interpreting the law correctly. I spoke to Sharon Mackay, and the strange part was—I kind of fell for her. Talking to her was like getting a hug from Darth Vader. She acknowledged the law was vague and even though a bar was not supposed to just drop an ice cube in a shot glass, at this point, she didn’t see how a private club could be cited for serving a second drink in this manner.

She then gave me hope that if the Legislature was willing to increase a shot of alcohol by 50 percent, that one day, in a galaxy far, far away, we might be able to get an extra 3 percent of alcohol in our beer.

Above all, please drink responsibly. DUI laws aren’t like the BYU honor code; you will get fucked.