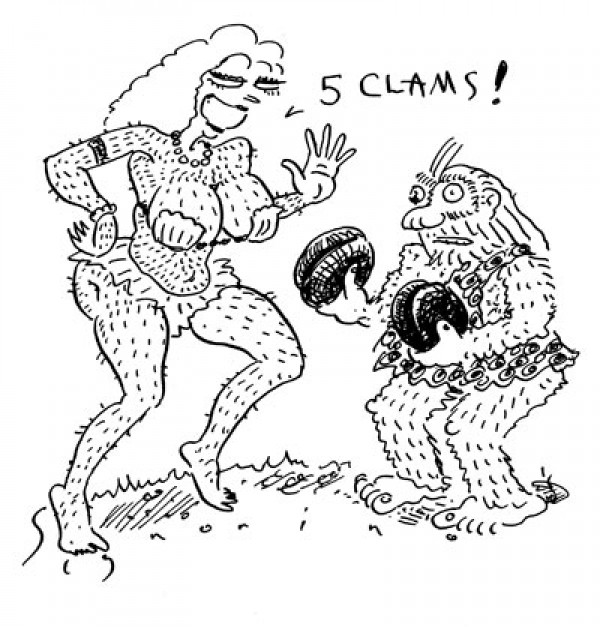 I once heard someone—it may have been my father—claim the price for a prostitute has remained relatively stable throughout the ages. Has it, relative to the price of, say, bread, games, household utensils, etc.? I realize this is a complex question, but still, can anything sensible be said about it? —A fan from Holland

Interesting notion, and perfectly plausible. Sex is perhaps the most basic commodity after food and shelter. Few sell themselves for the joy of doing so; they do it to cover the cost of living, usually for lack of other options. Allowing for pricing variations due to attractiveness, services provided, and so on (which I acknowledge make for a wide range), and conceding that tolerance for premarital sex may have reduced demand for professional services (minimally, in my opinion), the fundamental economic relationship hasn’t changed since we had brains enough to bargain. Ergo, prices for sex ought to be historically stable. However, proving this conjecture is a bitch.

Reliable figures for per-trick pricing are difficult to gather, with a large amount of error due to underreporting and other factors, such as whether the john has to pay for the room, alcohol and other favors, not to mention the pimp’s cut. Another problem is that, at any given time, prostitution prices vary enormously from country to country and city to city. Looking just at Europe, some Swedish prostitutes can earn thousands of dollars a day, while Greek prostitutes, some driven into the business by the collapsed economy, have recently been found to be charging as little as $7.

Even within the same city, you can find extremes. A typical high-end call girl in the Knightsbridge section of London can easily set you back $250 or $300. My assistant Una once saw an advertisement in a phone booth while on a London shopping spree, touting “We’re identical twins, bisexual, and have no taboos.” As one might imagine, the listed price was steep—north of 500 pounds ($750) for an hour’s debauchery.

But the average London hooker doesn’t make anywhere near that much. A 2008 study revealed not only that London had more than 921 brothels, but that the average price for “full-service” sex was just over $90. Off the city’s tourist beat, sex can be had for well under half that price, sometimes as little as $25.

Supply and demand come into play, of course. A recent price war between local girls and foreign prostitutes in London’s West End has dropped the average earnings of sex workers there to as little as $30 per hour. A study of Chicago prostitutes found prices increased an average of 30 percent over a July 4 weekend, despite a 60 percent boost in supply due to an influx of out-of-towners.

Variation in services also factors in. These days, unprotected sex fetches a premium price: A 2005 study found that Mexican sex workers typically charged anywhere from 20 to 50 percent more for sex without a condom. In London, the average upcharge is 14 percent.

Another complication is that our knowledge of historical sex pricing is spotty. The merchant’s wife in Chaucer’s Shipman’s Tale sets her rate at 100 francs, which in current money is probably more than $5,000, but that whopping figure can’t be taken as reflecting contemporary market values— she’s an amateur who’s run up some serious debt. A better benchmark is that in 15th-century France, a prostitute could earn in half an hour what an agricultural worker would make in half a day. Using U.S. Labor Department figures as a comparison, that’s the equivalent of about $36.50 a trick.

More recently, in the period between the two world wars in London, one pound would buy a high-end prostitute—about $230 in today’s money, which as we’ve seen is within the current premium range.

A decent way to gauge prostitution pricing over time is to focus on a single city. In 1911, the Vice Commission of Chicago published a survey of local prostitution. There’s no breakdown of price per service, but from the text we learn women were often grouped in “houses” with a standard price, with 50 cent houses at the low end and ranging up to $5 houses. Streetwalkers’ rates ranged from around 50 cents to a dollar, plus the price of a room if needed.

So never mind price indexes based on the cost of a Big Mac and other such foolishness. There’s reason to think the bedrock economic constant is what it costs an impatient male to get laid.