London band is finally off the back burner 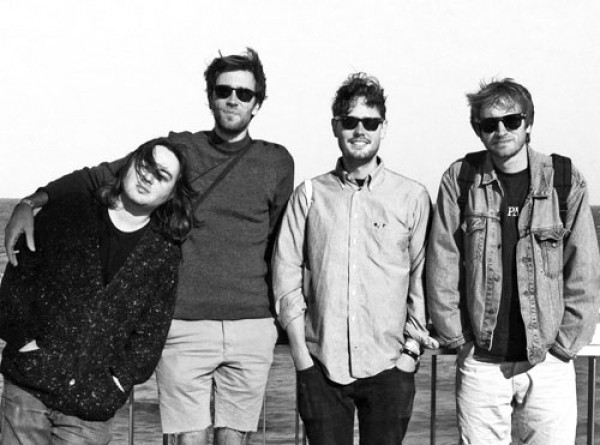 “We’re in Amsterdam right now; it’s pretty sweet,” says Nathan Hewitt, vocalist/guitarist of Cheatahs, at the start of their current international tour. The London-based band has come a long way since beginning as a side project between Hewitt and guitarist James Wignall. “We formed the band properly in 2012 after about three years of it being on the back burner,” Hewitt says. “We had all played in various bands, so it was more of something that we would do for fun when we had time, but couldn’t commit to it properly.”

After securing the current lineup—which is rounded out by bassist/background vocalist Dean Reid (who also performs double duty as sound engineer) and drummer Marc Raue—the band released two U.K.-exclusive EPs later that year. “The early EPs were mostly old songs that were written before we cemented the lineup,” Hewitt says. “We’ve definitely learned a lot from recording it ourselves and think the progression has really helped the production value as well as the songwriting. The main thing that has changed is, now it’s a much more collaborative process.”

This unified progression led to the release of Cheatahs’ self-titled debut album in 2013. The songs exude a dynamic approach with solid rhythms and harmonies, layered with ambient noise and an alternative-rock sensibility. “I think in terms of the music, the songs have definitely taken on a weirder, more nuanced feel,” Hewitt says.

Expanding on this newfound collective band consciousness, the lyrics have an almost allegorical quality, as exemplified by the new album track, “Loon Calls”: “Lost in metaphor, till days end/ You know I can’t fake it/ This is my lodge on the shore/ (Never been before).” However, the music shapes the compositions as a whole, as Hewitt describes this and other songs: “For me, the music influences the lyrics a lot. Usually, they come afterward and tend to find themselves phonetically. ‘Loon Calls’ is about me finally doing the thing I knew I should be doing: being in the right band. That sums it up—trusting yourself and not overcomplicating things.”

The release of Cheatahs’ debut album and the 2013 U.S. re-release of their two EPs (collectively titled Extended Plays), not to mention their international tour, has pushed the band farther than ever before. “The world is definitely more aware,” Hewitt says. “It’s hard to know for sure, but it seems there’s a general sense that people might actually like our band.”