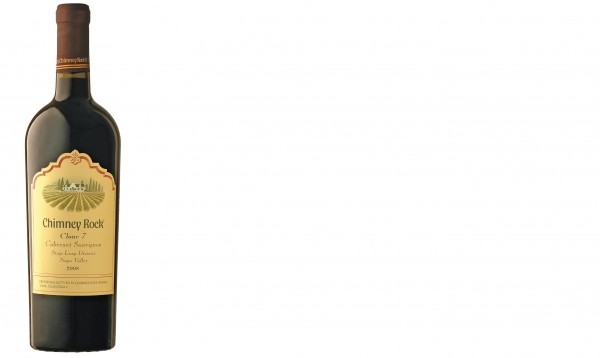 Every year, the Park City-based National Ability Center’s Red, White & Snow puts on a gala and fundraiser featuring three days of dinners, wine tastings and auctions, supported by some of the country’s top chefs and winemakers.


The nonprofit National Abilities Center offers a wide range of programs for individuals of all ages and abilities, including those with orthopedic, spinal cord, neuromuscular, visual and hearing impairments, as well as those with cognitive and developmental disabilities. It’s an incredible program, and one that has become a model nationwide.


I was lucky enough to be invited to one of the Red, White & Snow vintner dinners, generously hosted by Mark and Marti Gaylord and held at the beautiful Holladay home of Linda Laughlin. The invitation came via my wife, who works at Log Haven restaurant, which donated the food and Chef Dave Jones for the evening. The wines were provided by Chimney Rock, the renowned winery located on the fabled Silverado Trail in the Stags Leap District of Napa Valley.


Established in 1980, Chimney Rock set out on a mission to create California wines that could compete with the best that Bordeaux had to offer. I would say they’ve succeeded, making world-class reds that are perfectly age-worthy, but that also drink beautifully in their youth. I’ve enjoyed Chimney Rock wines in the past (when I could afford them), and it was very nice to get reacquainted with some of them at Red, White & Snow.


The evening began with a seared scallop with avocado, cauliflower puree and carrot butter, along with an unusual offering from Chimney Rock: Sauvignon Gris 2009 ($29). According to assistant winemaker Jeffrey van de Pol, Chimney Rock is one of only two wineries in the country making Sauvignon Gris. Similar in acidity to Sauvignon Blanc, it’s a copper-toned grape that produces a floral, aromatic wine, but without as much herbal character, in my opinion, as Sauvignon Blanc. The Chimney Rock Sauvignon Gris was an elegant partner to Jones’ scallop dish and a lovely way to kick off dinner.


However, Chimney Rock is known for its reds, and we quickly shifted into them. First up—paired with seared bison tatake and warm mushroom salad—was Chimney Rock Elevage 2007 ($77.99). Made from a classic Bordeaux varietal combo of Cabernet Sauvignon, Merlot, Petit Verdot and Cabernet France, Elevage is a graceful, silky-smooth wine—I’d go so far as to say velvety—that was a perfect pairing for the bison.


Another meat course—falling-off-the-bone braised Piedmontese short rib on eggplant and a tomato gelée—was served with Chimney Rock Cabernet Sauvignon Clone 7 2008 ($80). This was a stunning wine. It’s 95 percent Cabernet Sauvignon and 5 percent Petit Verdot, with the Cabernet grapes coming from what the folks at Chimney Rock call the “cardiac” block. The terrain at this vineyard block is so steep, cardiac arrest is always a distinct possibility while navigating it. This wine was rich and intense, with a long finish—blackberry and cherry flavors mingling with hints of vanilla and mocha. This is a gorgeous wine now, but it’s going to get even better over the next few years.


One more meat dish was to come: Chimney Rock Cabernet Sauvignon Tomahawk Vineyard 2007 ($115) was paired with an elk filet of rib-eye with butternut purée and roasted-beet reduction. This 95/5 percent Cabernet/Merlot blend is inspired. No wonder Robert Parker gave it a 92-point rating, and Wine Spectator awarded it a 93. It’s a remarkably robust, intensely flavored, muscular wine that totally rocked with Jones’ elk rib-eye.


To donate, participate or volunteer at the National Abilities Center, visit DiscoverNAC.org.